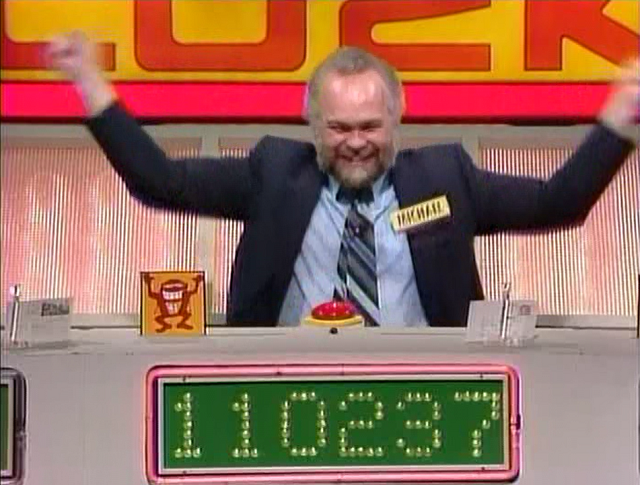 GSN Premieres Another Press Your Luck Documentary on January 14

I honestly can’t tell if it’s new or not.

GSN is showing a new documentary special, COVER STORY: The Press Your Luck Scandal, on Sunday, January 14 at 7 PM and will probably re-run it late nights and weekends for the rest of the year.

According to the press release, the show will “explore the story of Michael Larson, an air conditioning repairman from Ohio who cracked the game board algorithm and walked away with over $110,000 in cash and prizes.” The documentary is being produced by GSN.

If this all seems super familiar to you, it’s because Big Bucks: The Press Your Luck Scandal was a new documentary special that aired on GSN in 2003, which explored the story of Michael Larson, an air conditioning repairman from Ohio who cracked the game board algorithm and walked away with over $110,000 in cash and prizes. That documentary was produced by GSN.

Big Bucks was special for its host: Press Your Luck host Peter Tomarken, who presided over the game show for its entire run, including when Larson broke the bank. Big Bucks was a thorough look at who Michael was, how he did it, and included interviews with producers and other behind-the-scenes figures, giving the most complete picture of the entire ordeal. Assuming this new documentary isn’t the old documentary, I’d be surprised if any new information has surfaced about the show and would be covered. So whatever. Here, watch the old one now and tune in on January 14 for the new one.