The game of big bucks and Whammies is back in a larger-than-life way.

Last year, we wrote an April Fool’s joke that ABC was reviving Press Your Luck. It was definitely a mean joke, but thankfully ABC decided to make me look amazing by doing what I said: reviving Press Your Luck for a summer run. Press Your Luck holds this kind of warm spot for a lot of game show fans. Even today, people will shout the famous catchphrase “big bucks, no whammies”—a phrase engrained in our culture from a show that only lasted 3 short years in the 1980s. Does this revival—the second attempt, after GSN’s attempt of Whammy! in 2002—hold up to the game that many hold in such high regard?

Press Your Luck, at its heart, is a game of largesse and risk—every turn a player makes could add cash or prizes to their ever-growing bank but one slip of the finger could cost them everything with no chance to get it back. If you grew attached to the catamaran you won 45 seconds ago, you had to be extra careful of the Whammy. For the first half hour of ABC’s new revival, it’s like the show never left. Questions (the preview episodes only asked 3 per round) earned spins, spins went to the board and turned into cash or prizes. Everything we know and love about Press Your Luck is in its purest, least-adulterated form here. The board is big and bright and loud. Stop on a cash square and coins shoot out from the LED screens that the set looks like it’s actually built out of. Hit a whammy and you’ll know it: everything turns bright, heart-stompingly red. 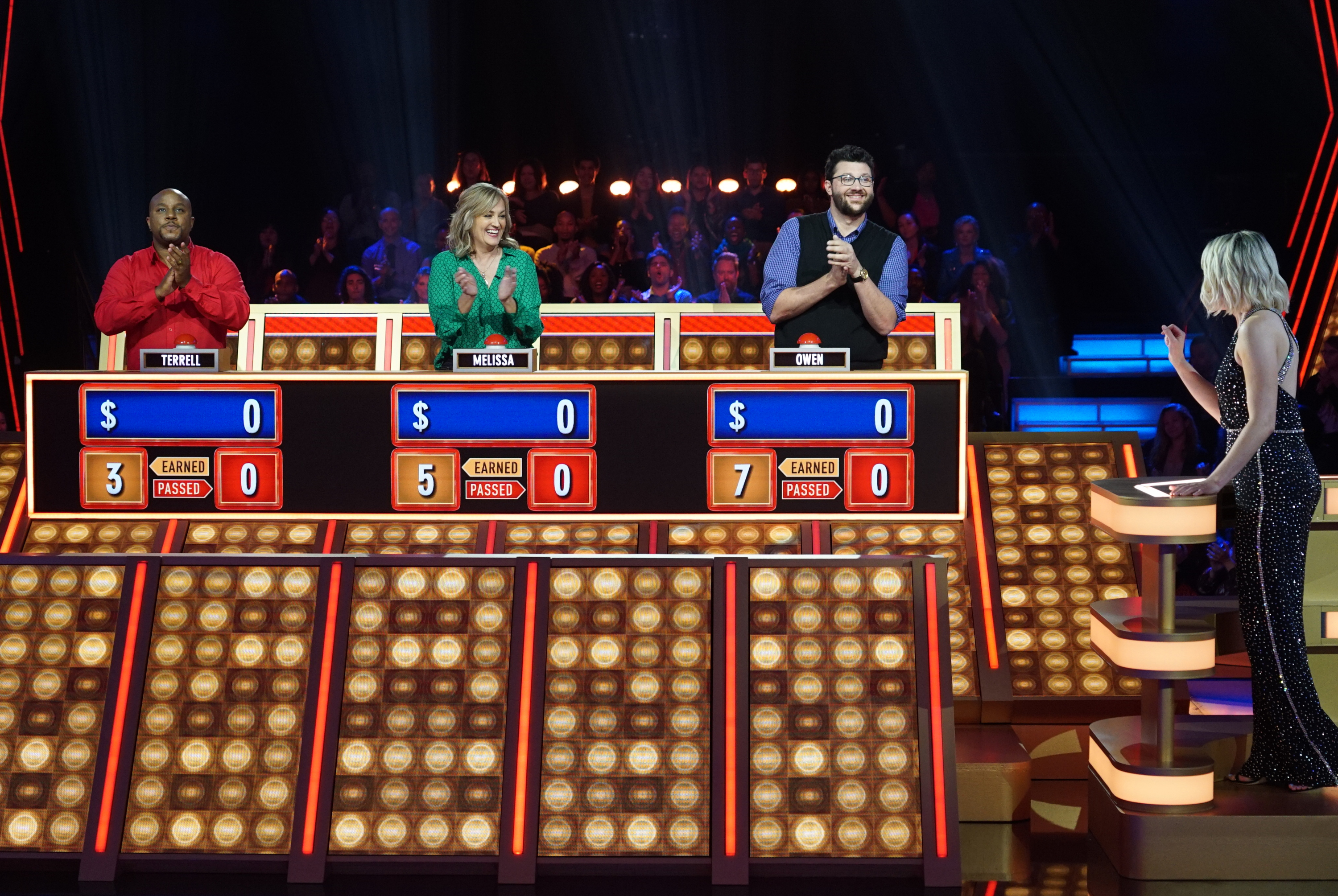 Taking the hosting podium this go round is Elizabeth Banks, famed comedic actress who managed to find time in her busy schedule to EP and host PYL. She does a fantastic job as host. She can run the game very well, she connects extremely well with the contestants, and isn’t afraid to do a gentle ribbing if someone buzzes in a little too early on a question. For someone who’s never hosted a game show before (other than a pilot of Name That Tune), she slips into the role with ease and truly makes it her own.

The Big Board is absolutely huge, in every possible way: it’s filled with cash and prizes. Big prizes, too: Jaguars, trips to Thailand, Jeeps, MacBooks, and more. Cash is in droves as well, and the board configuration feels a lot like the boards of the original show, with unique, tie-breaking values like $3,333 on the board. The Big Bucks square leads up to Square 4, as it should. Pick a Corner isn’t broken and won’t give you a Whammy.  Across the Board. Move Two Spaces. $7,000 or Lose a Whammy. For the nerds who pore over board configurations (like me), there’s a lot to really like about this Big Board.

The Whammies are back and are adequate. There’s some throwbacks to original Whammies, like the fortune teller Whammy seeing financial disaster in my future, but many are new to the show, like the zip-lining Whammy and the The Bachelor Whammy giving you a final rose. I love the souls of these Whammies—they really feel like great continuations of the Whammies from the original show. Some have some pop culture elements to them but most of them are just goofy fun ways to take contestants’ money. What I don’t really care for is the animation style. They tried to emulate the hard-drawn 80s style, but it looks frightfully amateurish compared to the rest of the production. Even the remarkably forgettable Wii version of Press Your Luck had nicer-formed Whammy animations, even if everything else in that game was a goddamned mess. 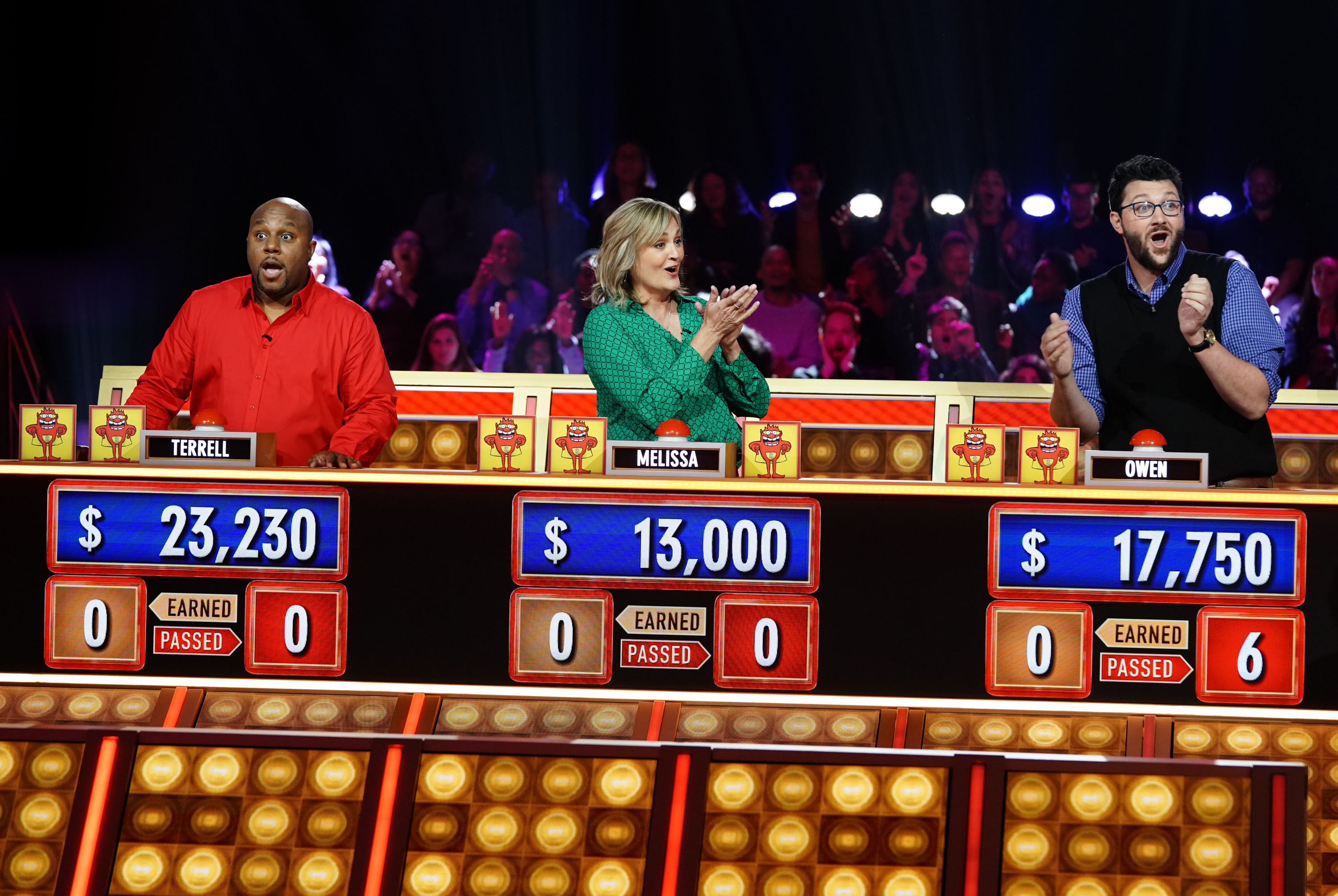 The second half of the show is what most super-PYL fans are probably dreading—the bonus game. The winner of the PYL main game takes home all their winnings but plays a half-hour, bespoke bonus round where someone super-daring could walk away with a million dollars. The bonus game is split into 5 rounds, with board configurations that increase in cash and Whammies. Prizes custom-made to the player’s life story (an expectant father could win diapers and formula for 3 years, a Michael Bolton super-fan could win a trip to follow his tour for a week in an tour bus) are added to the board. This turns your standard modern “what are you going to do with the money, and why would we give a fart” TV trope into a game play element—would you give up your dream prize to take one more spin for Big Bucks? The bonus round is nothing but rising tension, with every spin bringing the contestant to a breaking point. They can’t stop until they use all their spins in the round, and there’s no one to pass to. It makes for good tension. But is it too much of a good thing? It wasn’t for me, but I think it might be for some people. Clearly, they realized no one’s watching the show for the hard-hitting trivia, but after watching two hour-long episodes, I was PYL’d out. 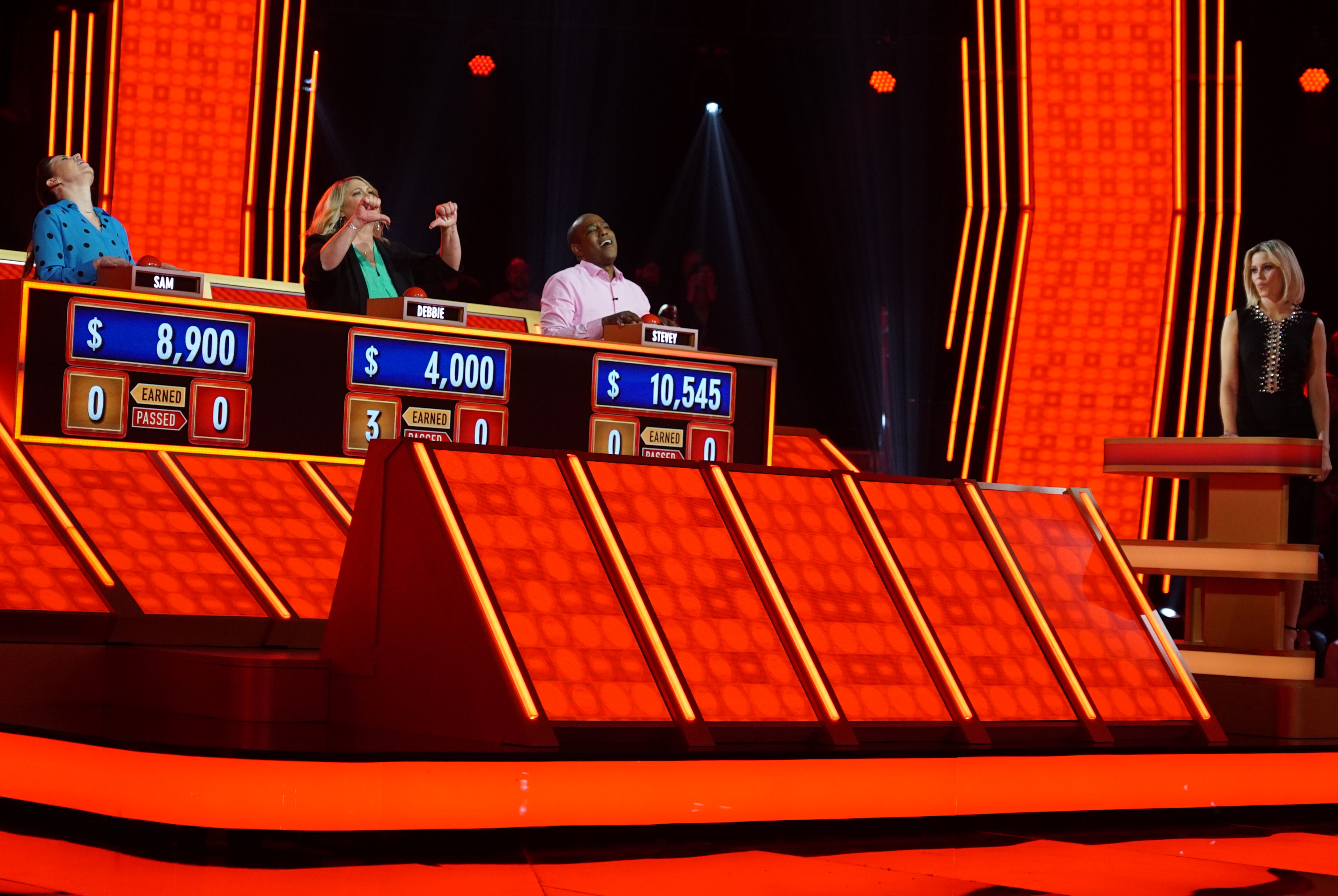 Overall, the show is going to make PYL purists happy—they can even stop watching halfway through if they don’t like the bonus round, because you still get a full game of Press Your Luck, with every bold strategy, spin battle and thousands of dollars on the line a fan of PYL would come to expect. If you want more luck-pressing, you’re going to get it, and honestly, the bonus round feels like a modern but natural addition to the show. This is another big win for ABC’s Summer Fun and Games, and continues the series’ hallmarks of remakes of game shows made with love and respect.

The show hits the beats you expect, adds a tension-filled, heart-filled bonus round, and is another worthy Summer Fun and Games hallmark.