In each episode of Pawnography, contestants will compete against each other and 'The Pawn Stars' in three rounds of trivia style questions - that escalate in difficulty as the rounds advance - to win money and coveted items from the World Famous Gold & Silver Pawnshop. Rick, Corey & Chumlee are featured in each episode as they vigorously defend their treasured items from confident and brainy contestants. The cherished items up for grabs are from Rick's personal collection and he doesn't want to give them up - this is the only game show that doesn't want the contestants to win!
-Source: TVMaze 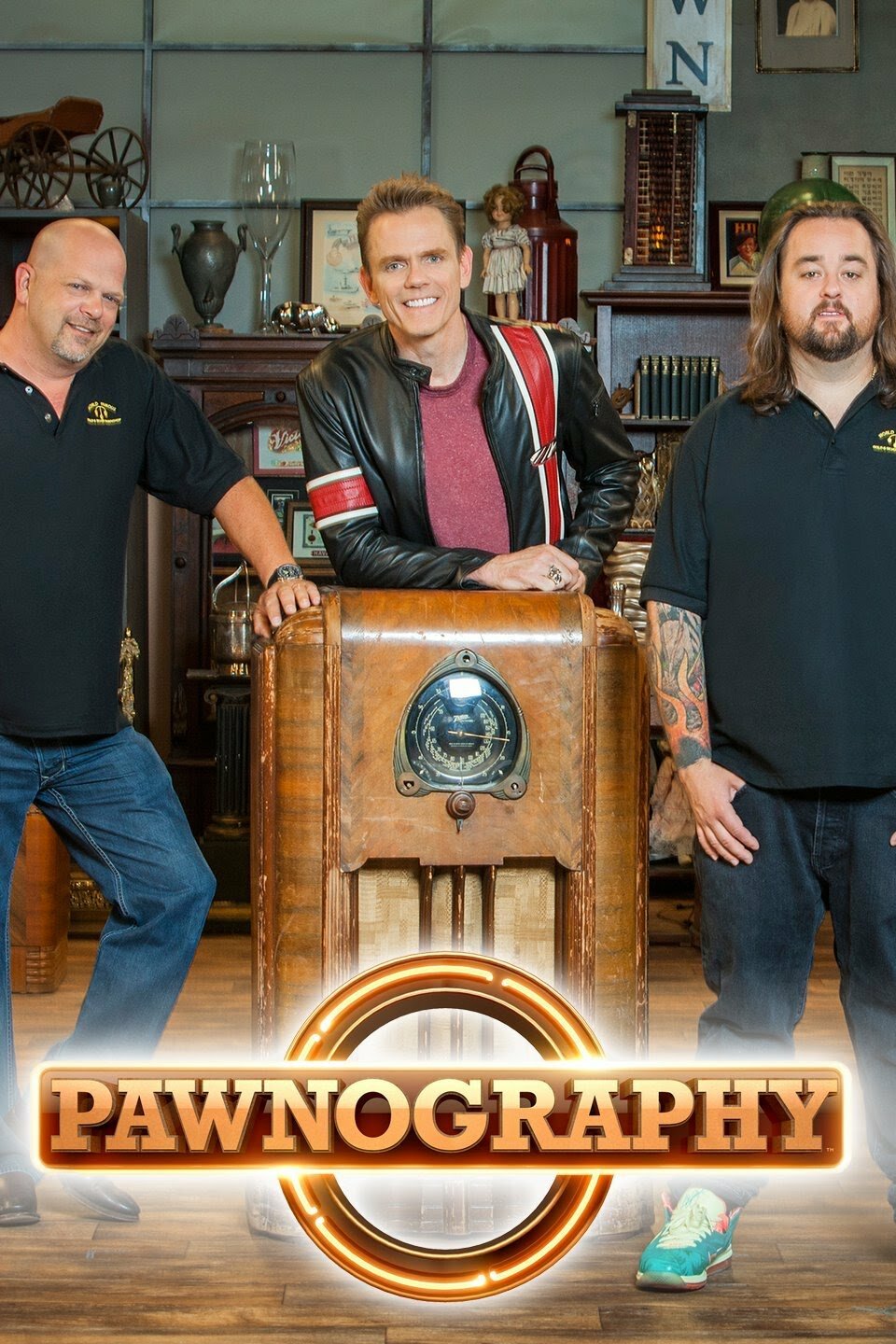