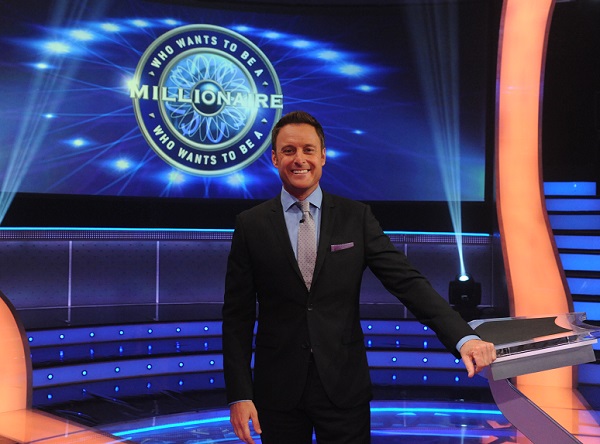 Review: Who Wants to be a Millionaire (Syndication)

The Millionaire the country fell in love with is back…but it’s hard to repackage and resell the phenomenon they once had.

It feels weird to do a review for Who Wants to be a Millionaire given it’s been on the air consistently since 1999, but the season debut yesterday shifted the show enough where it feels somewhat necessarily. The new episodes, hosted by Chris Harrison, brought the show back to a straight money chain of escalating difficulty and money. The results are mostly positive, but something just feels off and it’s hard to concretely put my finger on it. It needs some energy.

The biggest change is yet another new host, Chris Harrison of ABC’s The Bachelor. Thankfully, after the rough previous season under Terry Crews, Harrison is a breath of fresh air. He’s fun, charming, keeps the game progressing, and basically checks every box a good quiz show host needs. It’s a welcome level of stability and comfort to a serious, dramatic quiz show like Millionaire after years of attempts to make the show more funny a-la Family Feud.

The change in lighting and music mostly positive. The music placement is something we’ll only notice and it’s minor, but the reconfiguration of the current soundtrack to fit the current game is strange. It sounds dead in a number of places. For a show with iconic music something sounds off. However, as a trade-off we’re back to the progressively darker set for bigger cash which is nice. The past few years have lightened up the set as the series lightened up the tone. We’re back to the, yet again, iconic blackening out of everything as the show gets more serious. It’s the only game on TV that does that currently and it’s nice to see. So far, most changes are a big positive.

However, like we said, something just feels off and it’s hard to fully describe. Some of it is extremely noticeable, like the extremely dead sounding audience. I’m not sure if they told the audience to remain more restrained or if they were really that bored, but on both episodes that aired, the crowds seemed like they wanted to be anywhere but there. It lowers some of the excitement when you have an on camera audience that looks and sounds bored.

A lot of it also has to do with the uptick in difficulty and extremely slow pace. We had the first $0 loser yesterday, but it didn’t feel shocking like before. The first five questions take so long to get through now (in the area of 7 to 10 minutes) that it’s a slight relief to move on from a contestant having that rough of a time. This coincides with the very obvious increase in difficulty. The show has never had ratings as low as it has now, and they’ve never guaranteed as much as they are now. To see people struggle this hard to get through the opening is off-putting. It’s the same issue when they upped the money in 2008. Yes, we’ll have a few big winners, but it’s not fun to see people barely making it through the “easy” round and constantly leaving at question 7 or 8. This is what the Shuffle format fixed and why it’s better than anyone will give it credit for.

The new Millionaire is mixed. Chris Harrison is fantastic and having the classic format back is nice. Seeing the tone and look go back to its roots is also a welcome change. However, the issues that have arisen because of this was enough to make me think, “Is this really what we’re in for all season?” Yesterday we had a $50,000 winner, but then we got a $0 loser and a carry-over contestant on $7,000 who burned all Lifelines before the first five questions were over. That’s what they chose to showcase first, and it caused a bit of concern. We’re excited to see how the season progresses and I hope it works out for them, but this has been a good reminder that you just can’t recapture the magic you once had, no matter how hard you try.

Chris Harrison is great and seeing the classic format is nice, but the difficulty, slower pace, and lack of energy is a reminder you can't always go back to what you once had.