Weakest Link has had a bizarre life in America. It ran for a year on NBC before spending a year and a half in daytime…but it’s mostly known for its catch phrase and snarky host and not the game itself. It’s why there was genuine shock when NBC announced a reboot/revival in America before its native UK home where it lasted 12 years.

There was also excitement since game show fans have fond memories of Weakest Link despite its short lifespan. Did it live up to the excitement? In short: no. In greater detail, it’s confusing how Americans do not understand how to make this game work and disappointing how any positive changes made were outnumbered by the negatives. We understand and appreciate the show was pushed to air very quickly, but by doing so they inadvertently flattened the tires and I don’t know if there’s any recovery from that.

The core of the old American Weakest Link exists. Eight contestants play a series of quiz rounds with each answer in a row bringing them higher up the money chain. A wrong answer breaks the chain and restarts at $0, but they can Bank before any question is asked to save the money but start over. They vote out who they think is the Weakest Link at the end of each round, and the final two play a best-of-five head-to-head to see who wins the final bank.

The most unimpeachable positive is host Jane Lynch. While original host Anne Robinson was obviously fantastic, especially on the original British version, she never came off as a great fit for the American version. Jane is essentially dream casting for this role and didn’t disappoint. She’s snarky, funny, and keeps the game moving briskly. The updated music from Paul Farrer is fantastic. The set is also nice for the most part, though too dark and pixelated due to the LED screens everywhere. Things merge together and it’s hard to follow the action.

We start to slip from good to bad with the new mechanic of the money tree rising in each round. It’s a fantastic idea in theory and if the chains were made to make contestants take calculated risks to carry on while offering logical reasons to Bank, which creates an exciting game, it would work brilliantly. Instead it starts out working fine and ends up being atrocious by the end. Please look at the money chains below.

The chains start out not-great-but-decent in the first round or two, though offer little reason to not bank pretty much immediately. Rounds 3 and 4 have solid chains, giving you understandable reasons to bank but also enough risk to make playing on worth it. But then it starts to crumble on the $250,000 chain and completely falls apart on the $500,000 chain.

There is quite literally no reason to bank during the final rounds unless you’re almost out of time. The gaps in the money are so enormous, especially for the final round, that letting it ride is the only reasonable strategy if you want anywhere close to the big money. It shouldn’t be this hard to put together a coherent chain that works for players and viewers…it’s simple math and paying attention to how other countries handle it and adjusting appropriately. If they’re that afraid of giving away a million dollars (or close to it), they shouldn’t have a million dollar prize.

If you are a fan of the old version of Weakest Link you may have noticed there are six rounds and not seven. This is because they retained the game-breaking daytime rule where the final vote leads directly into the head-to-head round, as opposed to a final bank building round and then the head-to-head. This gives the final players absolutely no reason to keep the strongest player(s) around. It is always the right strategy to remove the best and that’s terrible television for a quiz show. There was word that there’s Strongest Link immunity but we’ve yet to see it in action so we’ll see. However, as of now, it’s a broken rule that had no reason returning and any play testing should have shown this.

The review sounds negative, but I think we’re noticing the negatives more than the positives because every negative was incredibly easy to avoid. We also understand that the show was rushed to air so we feel bad for the situation they were put in. It’s fine overall. However, in a world where ABC is crushing it in terms of game show quality, having a show like this that’s just passably fine isn’t enough. Weakest Link needed several more weeks in editing and more testing to fix enormous flaws. As such it stands far behind the rest of the primetime pack.

Enough positive changes to not be the Weakest Link. Far too many negative aspects to be the Strongest Link. The new Weakest Link sits in the middle of the pack, on the verge of being voted off at any moment. 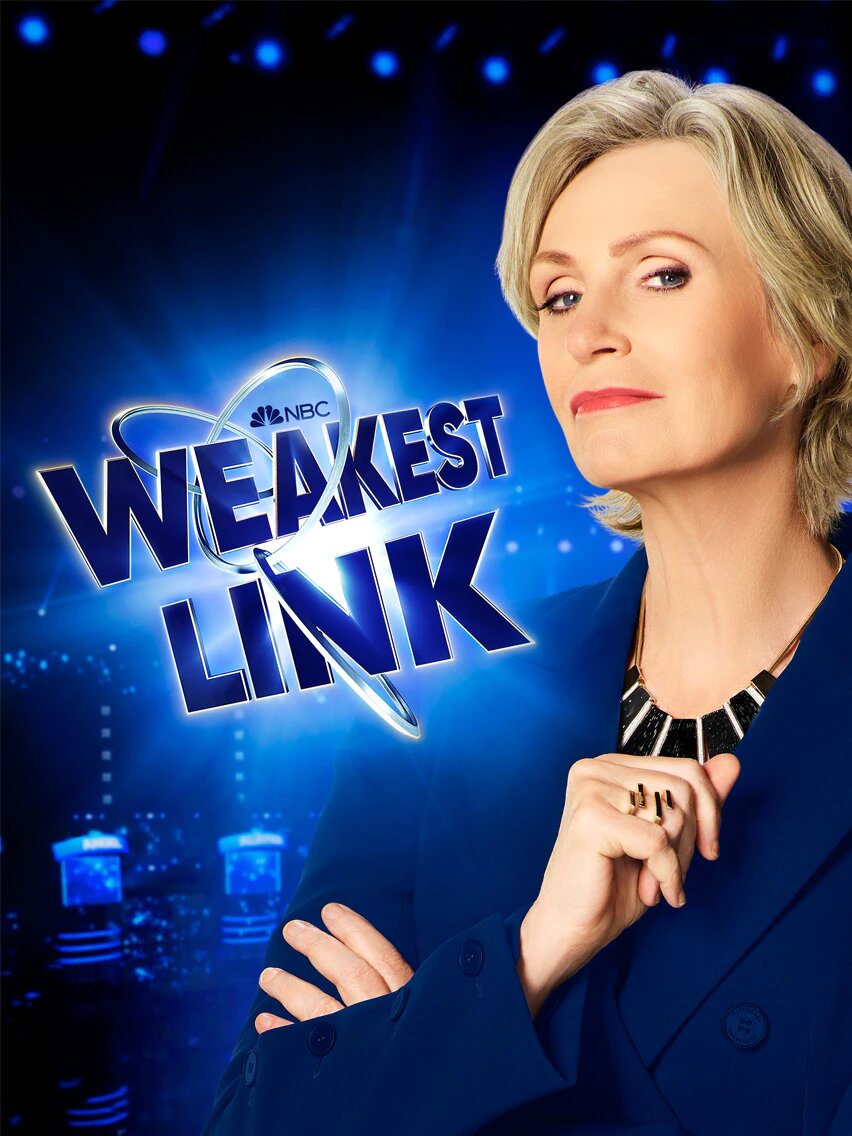