Take on the Eggheads wherever you go with Barnstorm Games’ latest offering.

Barnstorm Games, makers of the excellent home game versions of the game shows The Chase, Perfection and Tipping Point, are back once again with a brand-new game, based on the BBC show Eggheads.

Eggheads, a long-running mainstay of BBC daytime television, is a show where a team of five compete against five of a stable of Eggheads, who are some of the brightest quiz minds in Britain. The first four rounds are randomly chosen specialist subjects. The team elects one player and one Egghead to go head to head in three multiple-choice questions. Whoever gets more right wins and knocks the other out of the final. If, after three, the scores are level, the game goes into Sudden Death. The winner of Sudden Death stays. In the final, all remaining players play as a team for one final General Knowledge round. The gameplay itself is solid, with strategy in deciding who should play against which Egghead. While not as exciting as The Chase, the team dynamic is interesting and actually fun to play.

Barnstorm’s take on the game is very flexible. One to five people can play on one device, forming an entire Eggheads team. Graphically, the game is a virtual mirror of the show, right down to the five randomly-chosen Eggheads at their plexiglass table. (For those wondering, even Daphne Fowler‘s in the game.) The on-screen graphics and transitions mirror the television program’s presentation practically spot-on. The only thing missing is Jeremy Vine reading out the questions—but, with 3,500 questions built into the game, who’d have the time to record all those voice files? 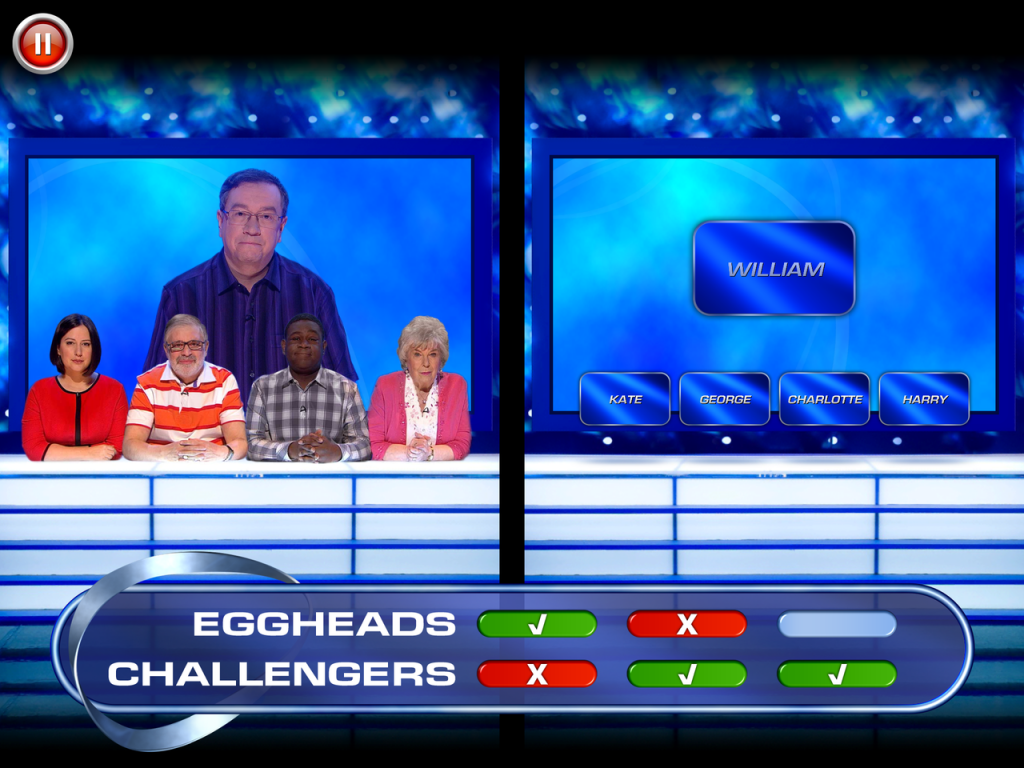 One of the neat things about Barnstorm Games is their worldwide jackpot. Everyone in the world who’s playing Eggheads works out of one bank. With a worldwide loss, the bank grows by £1,000. If you win, the worldwide bank resets. This gives the game a subtle, but dynamic, universe where everyone’s indirectly playing against everyone else.

Other features include a Quick Play match where you try to beat every Egghead one-on-one in a general knowledge matchup, as well as detailed statistics on any player or Egghead’s performance in game. According to Barnstorm, each Egghead’s in-game performance model was carefully crafted taking into consideration their real-life strengths and weaknesses. Fans of the show should be able to use this information to their advantage when playing against the Eggheads. Casual players can probably try to profile the eggheads and give the old folks stuff about music and television.

The trivia written is very good, and it should be—there’s over 3,500 questions taken from the actual show. Surprisingly, an American like myself managed to do well with educated guessing and inferring from clues, but since every answer is multiple choice (even the Sudden Death questions, a rare deviation from the show), it’s not too hard to take a punt once in a while. 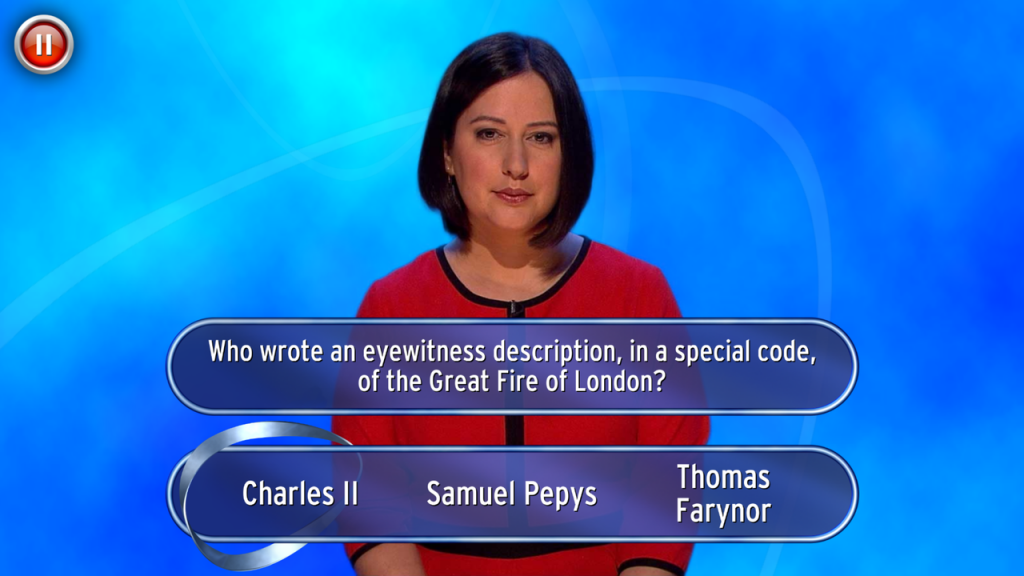 At this point, Barnstorm Games has proven themselves the masters of crafting game show experiences as video games. They take the source material and treat it with care and respect, and then trim to fit the limitations of possible players and devices. Eggheads is fun with a group of 5, or just yourself, if you have 30 minutes or 5 minutes to kill. It’s a solid trivia game, and an excellent addition to any game collection.

The game launches on Thursday in the UK App stores for iOS, Google Play and Amazon App Devices. For more information, or to get the game, you can head to EggheadsApp.com.

BuzzerBlog was provided a copy of the game from the developers for the purpose of this review.

Barnstorm Games continues to showcase their attention to detail and excellent game-crafting skills.