Check out our positive review of Pop’s new Easiest Game Show Ever, plus watch the first full episode free!

Click here to watch the premiere of Easiest Game Show Ever.

Last week Pop debuted its first-ever studio quiz show, Easiest Game Show Ever. Hosted by Michael Ian Black, contestants can win up to $100,000 by answering 15 true-or-false questions. Is it as easy as they make it seem? False. However, is it a fun and shockingly strategic and engaging format? True. Frankly the toughest question they could ask contestants, though, and what will hold the show back is, “Does anyone ever know Pop is a television channel?” 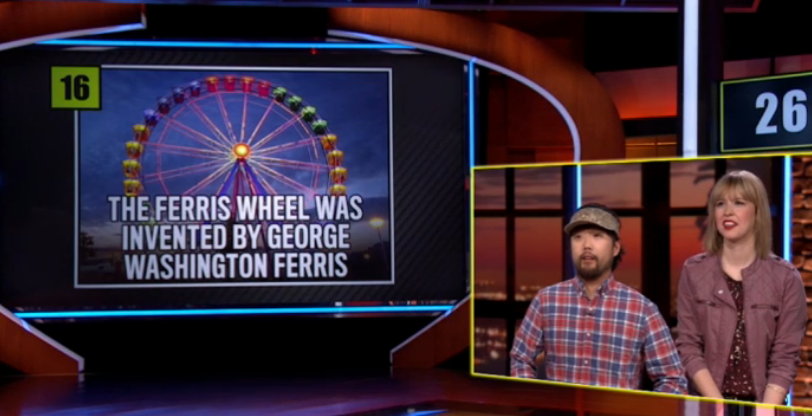 Each episode is played by a team of two. At the start they have 100 seconds to answer 20 true-or-false questions (first player takes first 10, second player takes last ten). Before each round they are vaguely told how they did, whether it’s more/less than half right/wrong, or exactly half. In round one, in 30 seconds, they pick five of the questions they think they got right. Each right answer is worth 500 points, and answering all five correctly doubles the round total to a max of 5,000 points. Round 2 is the same, but from now on they get a chance to change their answer. So they can have a max of 10,000 points now.

In round 3 the points become dollars. Again, they are told how they are doing with the ten questions left and choose the five they feel most confident in. Each right answer is worth the points they earned, and answering all five right doubles their money. So if a team won 5,000 points, each answer is worth $5,000 and answering all five doubles to $50,000. A wrong answer knocks a 0 off their total. So if they have $10,000 and they get a wrong answer, they’re knocked to $1,000 and the game continues. After five questions they leave with what their bank is.

To my complete surprise the actual game of Easiest Game Show Ever is rather clever and fun, offering up a good amount of strategy and action. In order to win a lot of money you need to select questions you think you answered correct early, building up your point total. However, that leaves you with the toughest questions for the money round, making it hard to win big. You can also play it differently and leave your easiest questions for later, guaranteeing a better shot of walking out with more money but making each right answer worth less. It’s pretty elegant for a pop culture quiz show. The endless second-guessing nature of the format is fun to see unfold, too. 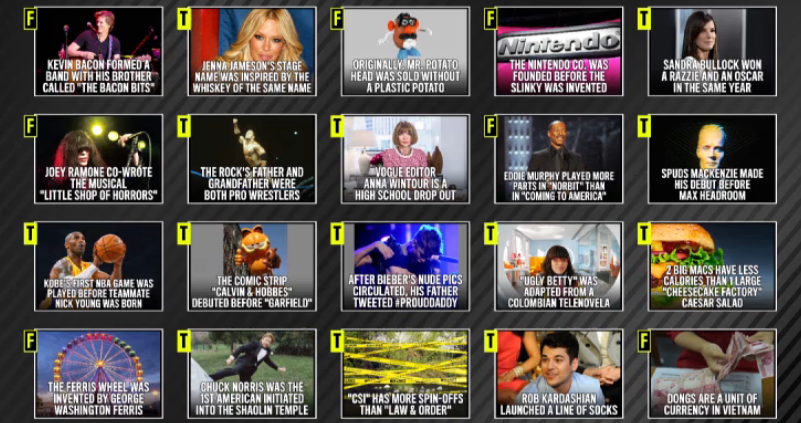 Michael Ian Black does a very good job as host. He does everything he needs to as a host (keeping the game moving, being engaging, etc) while throwing in the odd sarcastic comment and endlessly reminding us that this is the Easiest Game Show Ever. We’ve seen a lot of hosts, like on GSN’s Idiotest, attempt to pull off sarcastic but concerned host and fail pretty miserably, but Michael does a great job. The set is nice, the prizes are nice for a cable show, and everything works. There’s really not anything big to complain about with the majority of the product.

The biggest concern for its future, and seeing the dismal episode one ratings furthers the concern, is it’s a slightly forgettable show on a network that no one knows exists. Not to mention for at least half the questions you have to really care about stuff like the Kardashian’s sock company. Minor production complaint that Only We Care About but this may be the most obviously piped in audience sound effects I’ve ever heard as well. Give the audience Red Bull or something.

Easiest Game Show Ever is one of those higher-than-middle-of-the-road quizzes that doesn’t blow us away or make us want to watch repeatedly, but it’s shocking how much effort was put into a project like this. Strictly pop culture quizzes are usually bottom-of-the-line repetitive boring affairs, but this manages to break from that crowd and stand on its own by an engaging game for its subject material. It comes off as solid and polished, and that’s all you can ask for.

If you missed the first episode check it out here and tell us what you think. Did you enjoy the show?

Despite being on a network no one knows exists and endlessly slogging through the mud trying to be noticed, Easiest Game Show Ever packs a mighty punch for a fluffy pop culture quizzer.