GSN improved nearly everything from their last revival of the word game. Plus: check out an all new preview!

Everyone can breathe a big sigh of relief…the new version of GSN’s Chain Reaction (debuting tonight at 9:00PM ET) is good. Really good, in fact. They’ve really managed to fix most of the nagging issues from 2006. We won’t focus on the game play that much since if you’ve seen any version you know how it goes. Hosted by Mike Catherwood, two teams compete to guess words which share a common bond with the word above and below it. Teams get money for right answers, and the champions play the end game for $5,000.

Since the only differences are a new end game and the removal of the between-round Speed Chains, let’s focus on where, in our opinion, they drastically improved things.

The last version of Chain Reaction had production issues. The game is what it is. It’s not the strongest of games (it’s incredibly spotty track record over decades proves that). However, good, appropriate production can manage to make even the weakest of formats work. Unfortunately what we got last time was an oddly dark and foreboding look, contestants who didn’t know what they were doing, a rough host, a painful-to-watch end game, and at atmosphere which just wasn’t that fun despite the game.

Luckily the new crew of Chain Reaction, many of whom are actual genre fans, understand the issues of the past and went out of their way to fix it. Gone is the dark Millionaire-lite set. In is a new, bright, vibrant set. The show looks and feels as it should: a quick light word game. Contestants actually look like their having fun and the show actually looks fun which makes me, as a viewer, have fun. 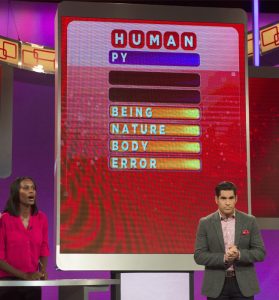 Another huge improvement? The new host. Mike Catherwood is good. He’s incredibly good. I’ve honestly not recently seen someone who’s gone from literally zero game show experience to seemingly like a natural so quickly. He cracks jokes, he keeps the game going, and he seems to be really enjoying himself. There’s not a lot more you can ask in a host.

There are only a few small issues. The fourth round, the betting round, still exists. The betting round lets teams gamble between $100 and $500 per guess. It’s never really worked other than to save budget. However, the newfound fun of the show masks the broken-ness. It doesn’t stick out as badly as before. Also, because of the removal of the Speed Chains, we do lose some game play. We’ve gone from 7 puzzles per show to 4 which means more talking. If that’s not you’re thing and you want action at all corners, you may find that annoying but Mike is so good that it doesn’t really hurt anything.

GSN has created incredibly enjoyable summer fun with Chain Reaction. They’ve pulled a rare thing for revivals: they fixed the issues that dragged the last version down and created a great show. The game is the same so if you liked it before you’ll like it now. Even more so because the contestants aren’t as dumb as a bag of rocks anymore. If the odd production and feel of the 2006 version bothered you, you should be pretty happy, too. It’s hard to improve the show, as a whole, more than they’ve managed to do. 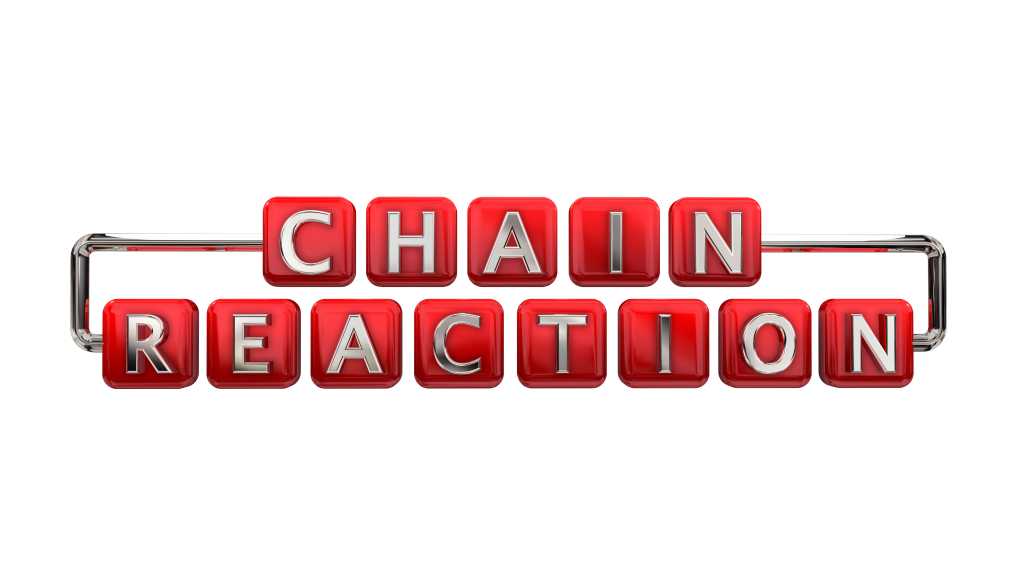 Chain Reaction looks, feels, and plays like a fun, light, and enjoyable word game. They've managed to fix all the big issues and created a great show.