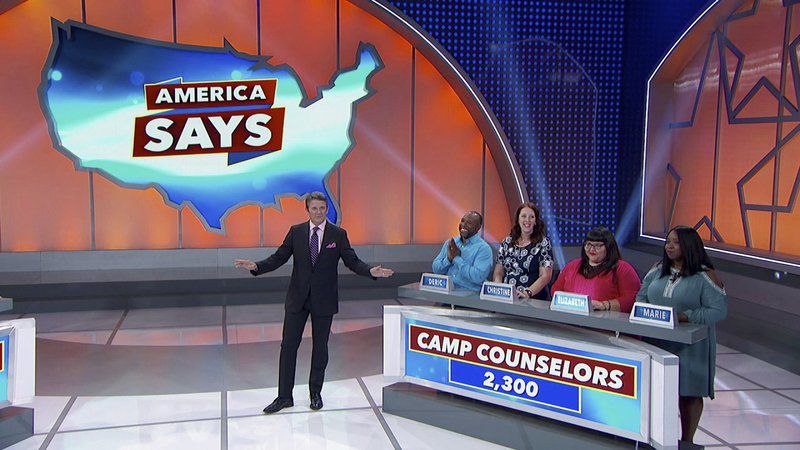 The hit Game Show Network original may be airing on a local station near you this fall.

America Says asks two teams of four to answer several fill in the blank survey questions. The winning team has a chance at $15,000 in the bonus round. If you’ve not seen it, the best comparison is a mix of a clean version of Family Feud and the short-lived 80s game show Talk About. It’s a fun show and nearly impossible not to play along at home, so check it out if you get a chance.

Game Show Network president Mark Feldman said, “We are thrilled by the fantastic response of our audience to America Says and incredibly proud of the work of our host, the amazing John Michael Higgins, who is an absolute pro. It is a privilege to work with him. We are excited that more viewers across the country will be able to enjoy the family-friendly fun, intrigue and laughs of this terrific program.”

America Says enters the syndication market alongside 25 Words or Less hosted by Meredith Vieira. Both are filling the hole created by the cancelation of Who Wants to be a Millionaire.