Card Sharks Next in Line for Reboot; Now Casting

Card Sharks looks to be the next show potentially coming back from the dead. A revival is now casting.

Update 2: It’s for ABC! More info as well from Vulture. 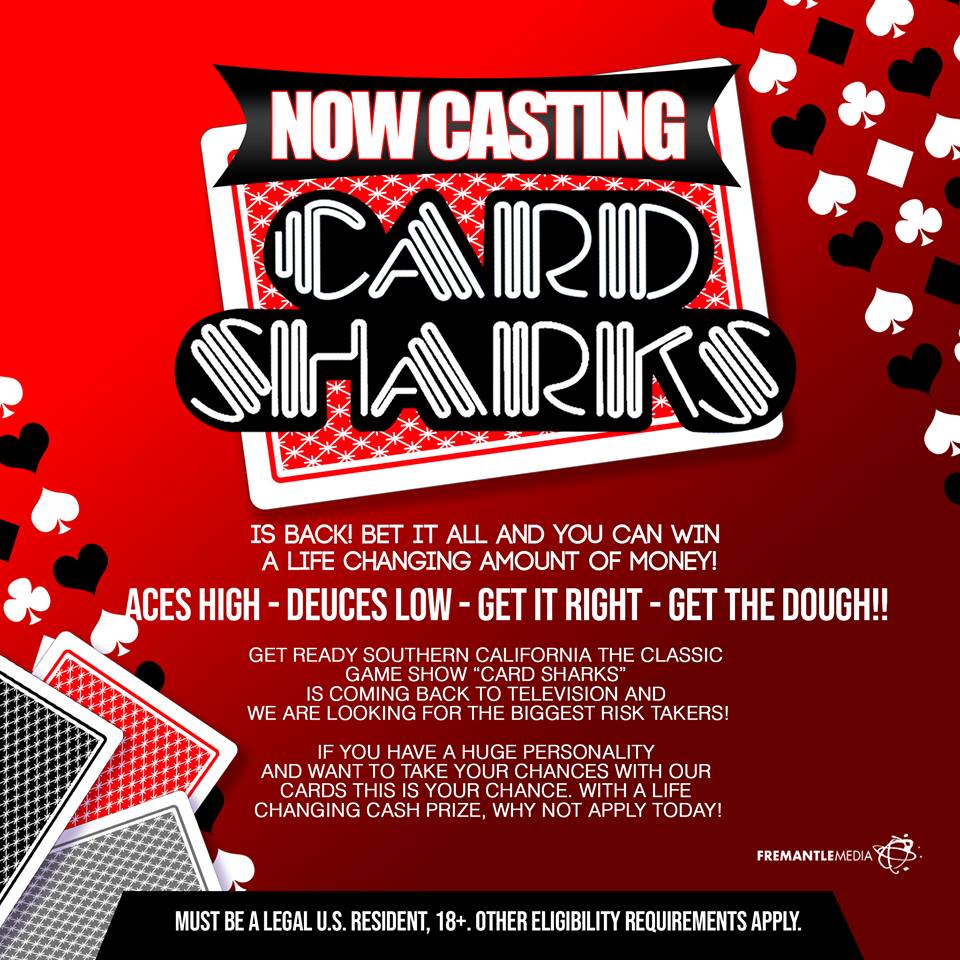 We’re writing with a bit less information than our Press Your Luck revival exclusive which we’ve got on good authority. Having said that, Card Sharks appears to be coming back to television and is now casting. Emails for casting from legitimate have been spreading around today and it’s clearly for Card Sharks, as you can see. The casting is through 29 Frames Entertainment, who did the casting for shows like GSN’s America Says and IdioTest, along with ABC’s Child Support and the syndicated show Celebrity Name Game.

That’s unfortunately where our concrete information ends for right now. We unfortunately don’t have on-the-record word of where the revival will land (update: it’s going to ABC). I’m sure you could guess a few networks that specialize in shows like this, but we have no solid idea and are cautious about spreading unsubstantiated rumors. But it’s legitimately casting and if you’re interested, definitely take part by clicking here and letting them know BuzzerBlog sent you.