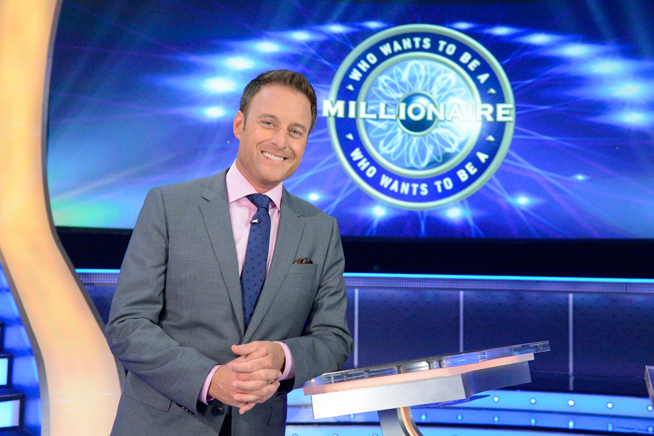 They made some odd rule choices this season on Millionaire

As many of you know, Who Wants to be a Millionaire went retro this season. They mostly brought back the classic format, with 14 questions having escalating difficulty leading to a $1,000,000 prize. They even brought back the classic 50:50 Lifeline. The show recently updated its official rules and we, for the first time, get to see some of the minutiae that only we care about. We noticed three small things us big game show fans would be interested in.

1: There is still a $1,000 minimum. During the Super Mix seasons over the past few years, the show gave you $1,000 if you crashed out in the first 10 questions. This season host Chris Harrison repeatedly says if you miss within the first five you leave with “nothing,” and when people do miss in there he again tells them they leave with nothing. I’m not really sure why they’ve decided to be sneaky about the $1,000. I doubt anyone would really care, given it breaks the money tree the same way it did in the past.

2: 50:50 is no longer random. When the show began on ABC, the 50:50 Lifeline wasn’t random…the choices were preselected and often left the two answers the contestant figured it was. After a few years the Lifeline switched to randomly removing two answers. The new rules state that, “two (2) of the possible answer choices are eliminated. Following use of this lifeline, two (2) answer choices will remain, one (1) of which is the most correct answer choice.” Chris doesn’t mention random either, so we’re back to old rules. Watch out, contestants…it’s not as helpful as you may think.

3: There are new rules in place for Double Your Money weeks. During Super Mix special weeks one question was designated a Double Money question and its value was doubled. Because money was accumulated, not matched, it worked. They’ve bizarrely updated it for the new format. There are two ways it can work. One way is all money will be doubled, which given the struggling ratings we doubt we’ll see. Another option is that one of the first ten questions will be doubled. This does mean that you could be at $40,000 and your next question would be for $30,000. Or you may hit a $50,000 milestone, doubled to $100,000, and your next question be worth $100,000.

Again, it’s all tiny things that only we’ll care about, but it’s an interesting read if you’re curious about the exact, minuscule ins-and-outs of the format.