ABC is bringing the surprise summer hit hosted by Steve Harvey back for a 2nd season.

The entirety of ABC’s summer game lineup is coming back. ABC has renewed the 3rd of its new summer games, Celebrity Family Feud for a second season. Steve Harvey returns as host.

The new series will tape in March 2016 in Los Angeles. Tickets will be available here. 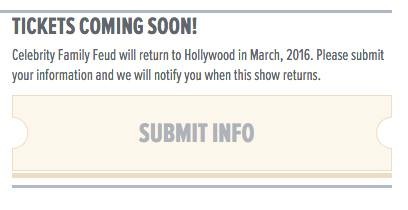 Earlier this year ABC renewed its other two new games, the endurance quiz show 500 Questions and robot-fighting competition BattleBots. ABC also has a revival of the classic panel game To Tell The Truth recorded and ready to go. Both To Tell The Truth and Celebrity Family Feud are produced by Fremantle Media.