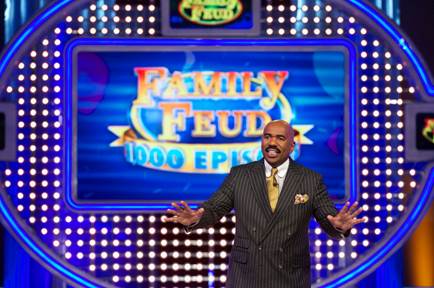 The genre’s biggest success story in over a decade is back for a new season. The syndicated game show Family Feud will launch the 17th consecutive season on September 14th. It’s been 39 years since the Feud originally premiered on television—the original with Richard Dawson debuted in 1976—and Steve Harvey’s sixth season as host.

Family Feud has seen a major ratings spike this year, averaging a 6.2 (up 24% year-to-year) and has overtaken Jeopardy and Wheel of Fortune recently to be the top rated game show in syndication. It’s also flirted with being the top rated show in all of syndication. Be sure to watch this season and see how much higher it can go.