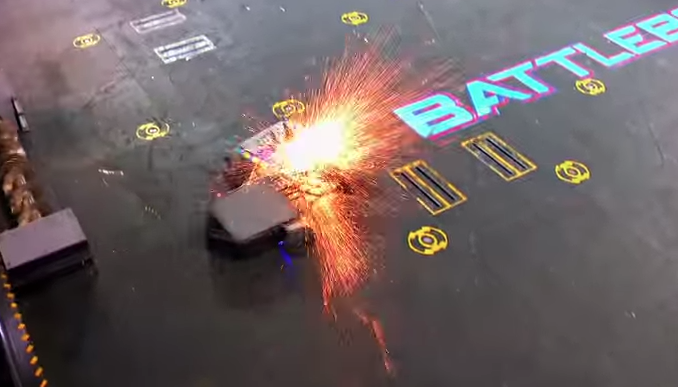 Check out the most exciting and tense fight of the season.

This weekend is the season (and hopefully not series) finale of ABC’s robot-fighting game BattleBots. Beyond being an awesome throwback to the 2000s, it’s just been a great show in general. It’s the most fun I’ve had watching and yelling at the television in years. Before we get to the finals, let’s take a moment to recap a fight from this past week.

The most talked about matchup was number one seed Tombstone, who literally tears anything in its way into tiny pieces, versus Witch Doctor. While Witch Doctor has been a good competitor through the series, how can it stand against Tombstone’s robot destroying horizontal blade? It’s a fight for the ages and one you’ll want to re-watch. Check it out. This weekend was just one of the best hours of unscripted TV I’ve watched in a while and I hope it’s not the end of it.

Become a fan of ours on Facebook to check out another exciting fight: Ice Wave versus Ghost Raptor. This weekend was full of upsets and shocking matches. You’ll want to stay tuned this weekend at 9:00PM ET for the championships of BattleBots.