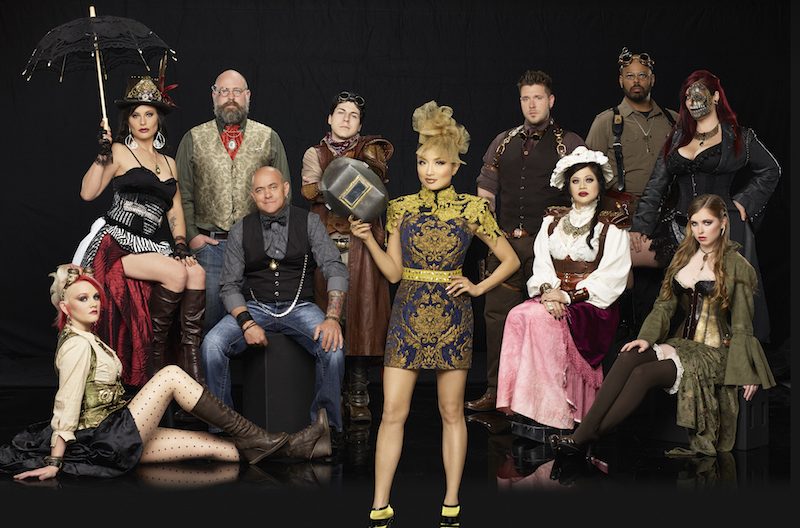 Inspired by 19th century industrial steam-powered machinery, Steampunk is a retro-futuristic design movement seen in everything from fashion, to technology, to pop culture. Each episode of Steampunk’d sees contestants, known as “Makers”, work in teams to compete in challenges designed to test their unique abilities to transform ordinary objects and fashion into creative masterpieces. Only one will survive at the end of the series and leave with $100,000.

Judges include Thomas Willeford, Matt King, and Kate “Kato” Lambert. The Makers come from all over the country and are the best-of-the-best at Steampunk. They are: