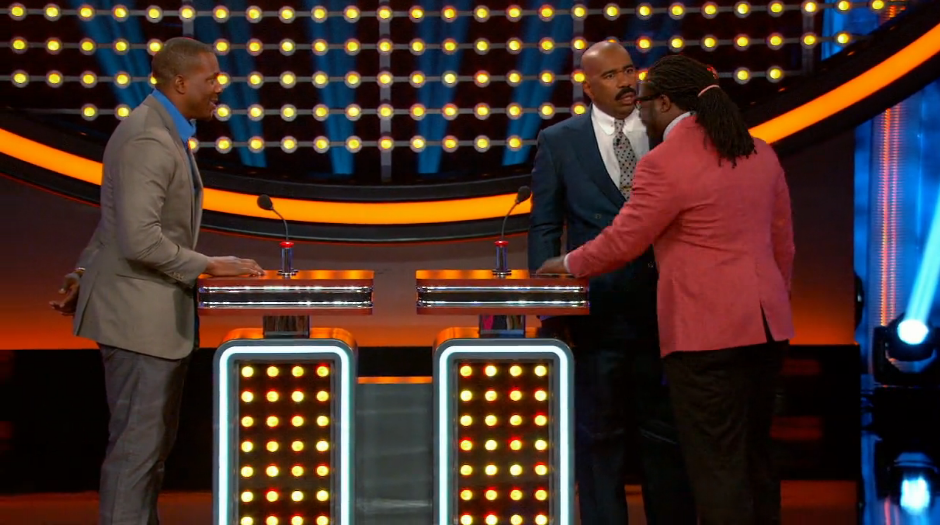 Name something that follows the word strip.

Sunday’s Celebrity Family Feud featuring NFL players may be one of Steve Harvey’s funniest moments on the series. I don’t know if Roger Goodell got to the players before they appeared on the primetime ABC game and told them to keep it clean or the blows to the head did something, but we had some stunning answers last night.

The most stunning? A very simple question: “Name something that follows the word strip.” Two unbelievable answers during the face off round brought everyone to hysterics. If you missed it last night, take a look above.