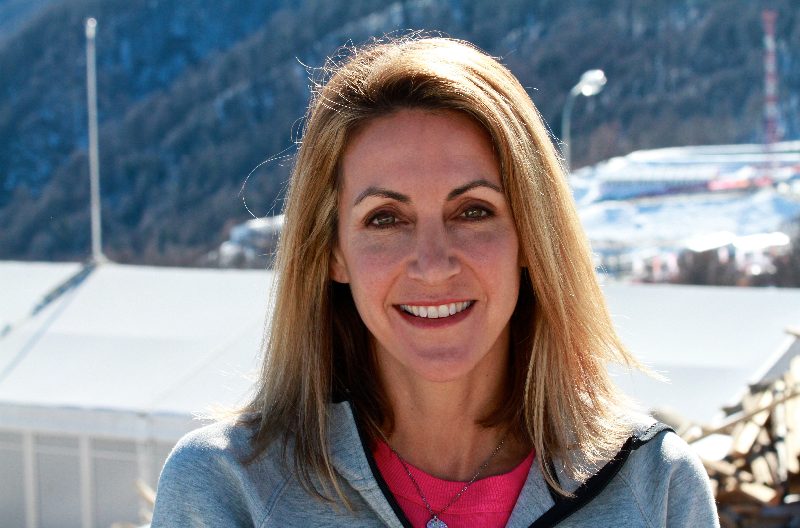 90s kids will remember Summer Sanders very fondly from her run as host of Nickelodeon’s Figure It Out. She’s returning to the genre to host HLN’s new game show Keywords. Keywords is part of HLN’s rebranding as “the first TV home for the social media generation.”

Beyond Figure It Out from 1997 to 1999, Sanders hosted ESPN’s Beg, Borrow, and Deal, FSN’s The Sports List, and Fox’s Skating With Celebrities.

Take a look at two pictures from a recent taping below.