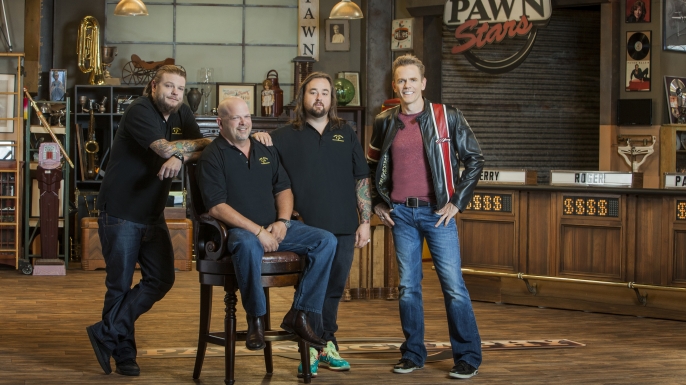 History’s hit quiz show is back for its second season.

Pawnography, the hit quiz show spinoff of History’s even larger hit Pawn Stars is coming back for another season. The next batch of episodes debuts Thursday, November 6th, at 10:00PM ET. Christopher Titus returns at host.

Each episode sees three contestants compete in a trivia showdown against each other and the stars of Pawn Stars (Rick Harrison, Corey Harrison and Austin “Chumlee” Russell) to win cash and merchandise from their pawnshop. The final remaining contestant has to beat all three to win it all, or pull an expert bluff and strike a cash deal to get Rick to end the game.

Pawnograhy was one of cable’s biggest unscripted hits of the summer, launching to over 2.8 million viewers. It was also one of the top ten highest new summer cable shows among viewers 25-54.