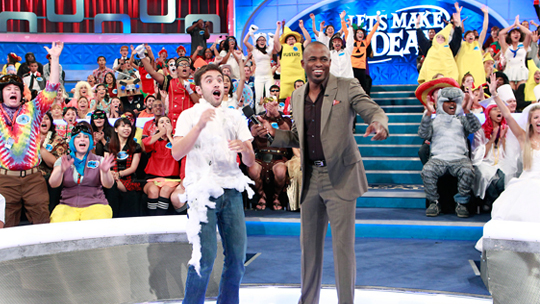 Will Lisa win $50,000? Will anyone mention Wayne’s sudden mustache?

Let’s Make A Deal has been enjoying record high ratings recently during this sixth season, the first in high definition. Being in HD, everything needs to be bigger and better. The CBS Daytime game show, hosted by Wayne Brady and his evil genius goatee, did that with the return of Super Deal, and with a gigantic new board.

Lisa decides to take the big risk. Will the confetti fall, or has she made a bad deal? Check it out above.