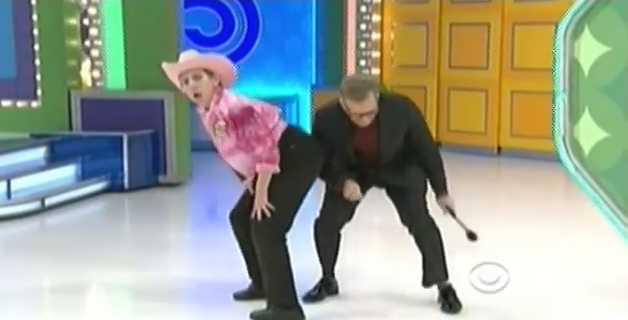 Video: The Price is Right Contestant Twerks with Drew Carey

I think they’re starting to put something in the water on the CBS lot.

The headline seems innocuous enough. You have no idea what you’re in for. An older lady decked out in pink, including oversized cowboy hat, twerks with Drew Carey. My eyes cannot unsee what they have seen.

Frankly from the position Barbara was in as she tumbled on stage, it looks like it could have been so much more mentally damaging. However, it’s very funny and what makes The Price is Right so great. The contestants go nuts for so little and it’s been endlessly entertaining for over four decades.

Barbara isn’t the only contestant to be making some headlines for her moves, though. Carol won a car on the game “Pocket Change” recently and celebrated in an awfully shocking (and hysterical way). Check it out below. This all does prove two things. One: senior citizens are awesome. Two: Miley Cyrus needs to be stopped at all costs.