Come for the trivia, stay for the laughs and suspense and money and maybe even a couple of arguments in the parking lot.

As of the time of this writing, there are 72 days, 14 hours, 15 minutes and 27 seconds until the one-year anniversary of David Letterman’s triumphant exit from the arena of late night television. At this point in the history of the medium, it would be redundant and passe to rant and rave about how Letterman, legendary comedy star and object of my perpetual fascination, has pioneered dozens of concepts that have been respectably (and disrespectably) aped, parroted, and monkeyed with by subsequent generations of TV performers, some viewers of which have no idea that Dave, in wrestling shoes and baggy dress pants, did it first.

Dave didn’t invent the hidden camera show (that idea goes way back to the days when TV cameras weren’t even a thing yet), but he did have a hand in remixing the concept. Rupert Bothers People was an occasional CBS Late Show segment in which Rupert Jee, proprietor of Manhattan’s Hello Deli (around the corner from Letterman’s broadcast home, the Ed Sullivan Theater), would, uh…bother people. Rupert wore an earpiece, through which Letterman and his crew, usually nearby in some sort of large incognito utility van, would instruct Rupert to say stuff (“I’d like 20 Quarter-Pounders; I’m trying to build my own five-pounder”), do stuff (accuse a guy of stealing napkins), and otherwise just make a big social mess of whatever situation he happened to be in, to the delight of audiences nationwide.

So, imagine my delight when I came across a new game show, a subversive, exciting hour of TV that combines the unpredictable fun of hidden camera pranks with the high-stakes suspense of Who Wants To Be A Millionaire, plus a dash of the possibility of Newlywed Game-style groin-crushing defeat. The game is Separation Anxiety, and it premieres tonight at 10pm EST/9pm CST on TBS. 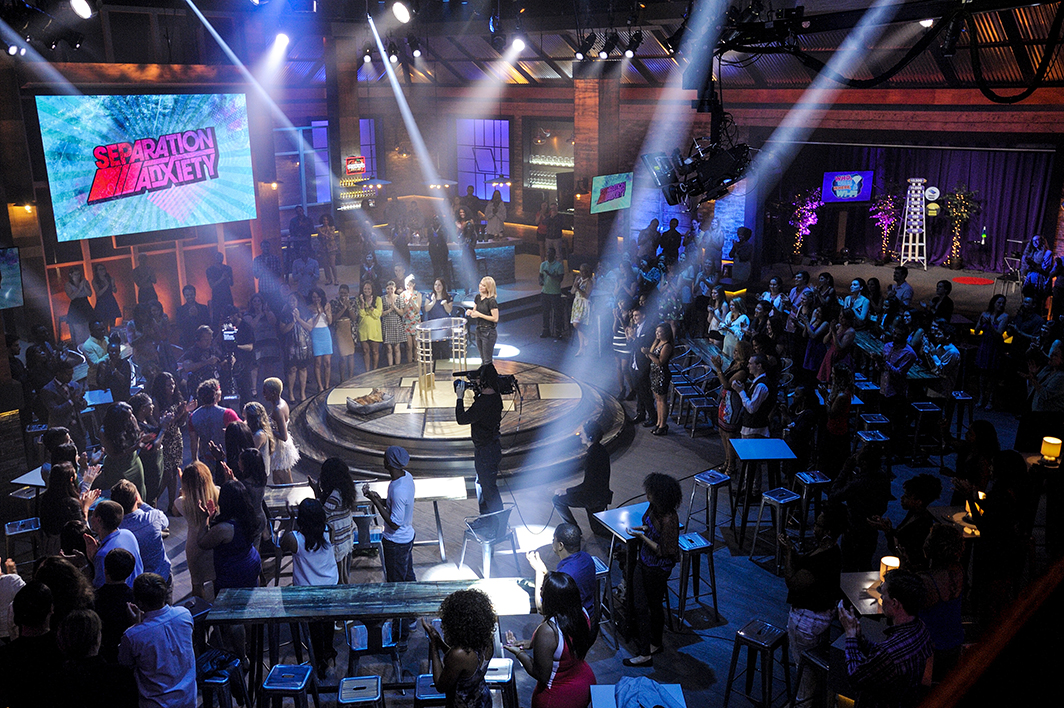 The concept behind Separation Anxiety is annoyingly creative. In each episode, a couple is brought into a ramshackle little DIY studio, where they are prepped to play an online game show with the chance to win $2,500. As one half of the couple is led to the play area, the other half, to their surprise, is whisked away to the real set, a big ol’ warehouse party complete with a live studio audience, a charming host, her adorable little dog who lays around on stage, and her bartender sidekick. It’s at this point that the cover is blown—they’re not playing for $2,500, they’re playing for a quarter-million. The contestant in the big studio, however, is the only player who knows what’s really at stake; the other half still thinks this is a silly little low-stakes game, and is the only one who answers the multiple-choice questions and can stop the game, walking away with the winnings up to that point. Big Studio Contestant is left to pick the category for each question, thereby putting his/her knowledge of what the other person knows to the test.

The game is structured around a money ladder not unlike those found on Millionaire or any number of other game shows in which this play mechanic is featured. The first question, worth $10 to the mark, is actually worth $1,000. Play continues up the rinky-dink ladder, with each subsequent amount secretly multiplied by 100. There are two helps available: Smart Phone lets the mark call his/her partner for advice on any one question, and Crowd Source gets the half-dozen or so “audience members” for the fake online show involved by polling them for the correct answer. Also thrown into the mix are Mind Melds, a couple of Eubanksian prompts like “What’s your partner’s most annoying habit?” that, when answered correctly, are redeemable for bonus prizes. The game ends with one incorrect answer, or when the plug is pulled by the contestant who’s not in on the big-money joke.

Your host for Separation Anxiety is the hilarious Iliza Shlesinger, youngest-ever winner of NBC’s Last Comic Standing, star of two well-received standup specials on Netflix, and probably a blast to smoke with. Iliza is a perfect fit for this type of gig. In Broad City parlance, she’s the Ilana to the nervous contestant’s Abbi—silly, high-strung, supportive of her careful, occasionally risk-averse sidekick, never outright insulting or demeaning, with an occasional funny voice for good measure. Throughout the show, she channels her inner Letterman by, via earpiece, telling the online host (Adam Ray, a handsome guy with a straight-outta-YouTube, front-facing camera type of personality who serves as the perfect foil) to do silly/annoying crap like clear his throat obnoxiously loud before reading the next question or throw some gross or otherwise bizarre non-sequiturs into his conversation with the contestant—and it’s genuinely entertaining. Iliza’s attempts to get the on-stage producers, audience members, and the pretty bartender (who, unfortunately, doesn’t really talk much) involved were also very much appreciated. Most importantly, Iliza knows the game. She can be funny and move the game along without the rules getting all muddled, a skill all game show hosts would do good to hone. 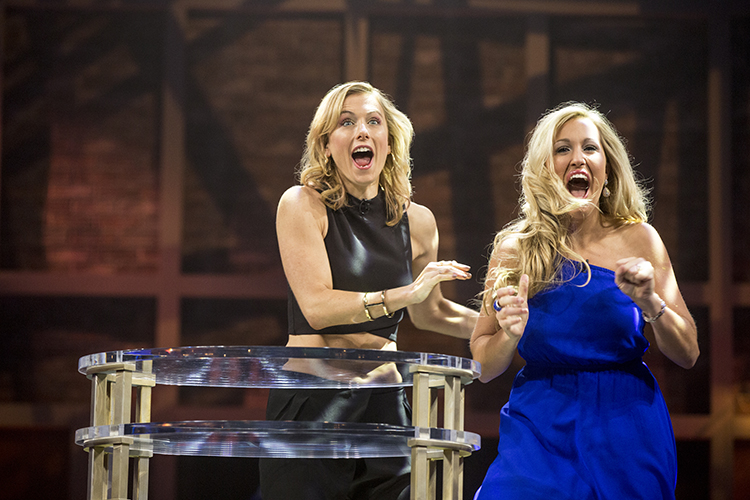 The core game is a pedestrian post-2000 quiz format which, by itself, would be a bland and formulaic exercise. Thankfully, the subversiveness of the hidden-camera element renders that point all but moot. The interpersonal relationship elements, including the Mind Meld questions, also strengthen the game (“Does she know more about food or mobile games? Which one should I pick? Which one would she pick?”). Some of the questions and answer choices are a bit NSFW, but it’s 10pm on cable in the year 2016, so shut up, that doesn’t matter. Besides, it’s a school night.

Separation Anxiety is not a show for the discerning, pretentious quiz programme aficionado. In other words, if your significant other won’t sit with you to watch Jeopardy, this is the show for both of you. Separation Anxiety succeeds as an engaging hour of entertainment with a lovable cast with super-solid chemistry, well-picked contestants, and handfuls of laughter one after another. The show lets you in and doesn’t make its viewers or its contestants feel stupid or unworthy. If you’ve watched any new game show on the major networks or GSN in the past decade or so, you’ve seen this format before. I’m willing to bet, however, that you’ve never seen it quite like this. And damn it, you should.

Separation Anxiety takes the idea of a game show, flips it on its head, and shoves a camera up there. It's a meta-celebration of what we love about this genre—exciting, silly, and full of good vibes. Go watch it.