It’s been a while since Fox decided to jump into the million-dollar game show arena. And they do so with an old friend (Jamie Foxx), a new friend (the mobile app Shazam) and a trusty classic (basically Name That Tune). For your average 18-49 year old, they know what Shazam does, but if they don’t, it’s really really easy to explain. They know who Jamie Foxx is, for the most part. They can understand the concept of “naming the song really quick.” 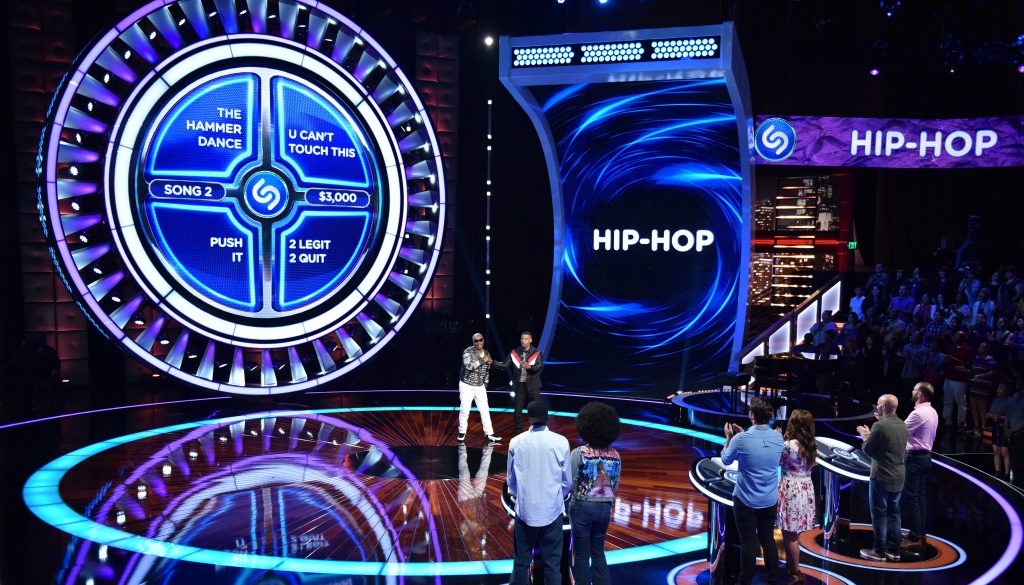 And that concept is carried through the show successfully. The game starts with three teams of two. Jamie Foxx and his DJ call for a song. Four choices appear to us and the teams. The fastest team to correctly lock in the song wins $1,000. After four songs, the final song in the round is worth double money.

In each subsequent round, the money goes up, with the fifth and final round base value being $10,000 per song. Also, Terrence Howard appeared for some reason.

The Beat Shazam round has players buzzing in and naming one of 5 songs playing before Shazam has a chance to identify the song. Each correct answer adds $25,000 to the team’s bank. The 6th and final song in the round gives the players a gambit: attempt to answer the question and leave with either double or half your bank if you get it right or wrong, respectively, or leave with the bank you have. However, if the team got the first five songs right, getting the sixth right banks the team $1,000,000.

So, just to recap, here is the gameplay for all the rounds:

Considering Mark Burnett is behind this game show, and his last game show was the incredibly convoluted 500 Questions, I’m impressed in the show’s restraint and simplicity. They took the title to its logical peak: beat the app that names the song super fast, and that happens in the bonus round.

Jamie Foxx shows off his comedic chops, razzing on the contestants and interacting with the audience. He’s high energy and moves the game along pretty well. Having a fresh face in the guise of a celebrity guest is a valiant attempt to make the game seem like every round is different, even if it’s really not. The set is vibrant, if a little dark, but I get what they’re going for (hey look this is what Shazam would look like if it were a place and not an app on your phone). Since all the songs are basically music clips and there’s no live band, it helps to have a DJ off the side to play the tracks, even if that’s just a construct.

I really wish there was more to watch in the show. Not to say that I’ve done this better, but Name That Tune showed that there were a lot of different things you could do with the Naming Songs genre of games, but Mark Burnett, in an impressive feat of restraint, decided to ignore those and just have a basic song identification game. I found that as the game went on, I got antsy for something other than “guess a song in this category” and disappointed when that was it.

At the end of the day, Beat Shazam is a perfectly serviceable game show that delivers on its title in the course of an hour. Did it need to be an hour? No. Does it need some different game play types? Maybe. But as is, it’s a watchable hour of television, and if you’re a music fan, you’ll have a lot of fun watching.

The game play is fun but repetitive, especially considering the legacy of tune-naming game shows, but there are worse ways to spend an hour of TV on FOX.