Go find an old review of Are You Smarter Than a 5th Grader from when the show first premiered, in 2007. I’ll wait.

Great. It probably said something along the lines of a fun game, the trivia is interesting, the setup is nice, having the kids help is a decent touch.

Those things are the same with Fox’s summer revival. There’s still 10 questions in the main game. There’s like, one more kid helping out, but still, there’s kids. There’s still Jeff Foxworthy. The set looks the same to the untrained eye, but there isn’t anything drastically different. The cheats are still there, the questions aren’t different.

This is going to be the shortest review of a game show we’ve ever done because it’s all been said before. And this is probably a great case of “It ain’t broke, don’t fix it” I’ve ever seen. 5th Grader was a hit for Fox, and they’ve brought it back, mostly intact. 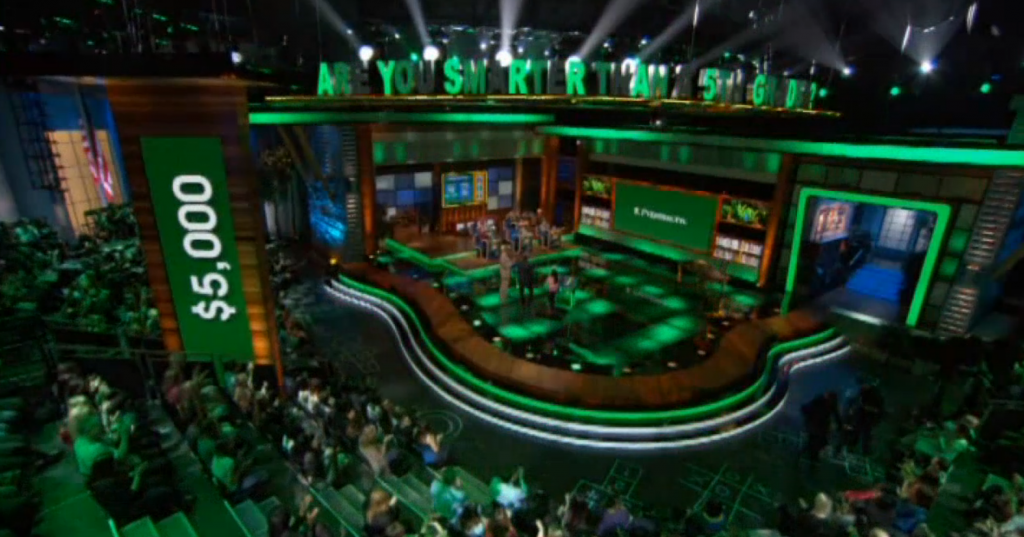 What’s disappointing is that the worst parts of modern game shows are present in full force. The premiere episode I previewed spelled it out for me: “He’s going to make it to the Million Dollar Question,” the voiceover man said. Sweet, thanks, Fox, I can go watch something on ABC for about 40 minutes, and come back to see if he wins the million because YOU HAVE JUST RUINED ANY DRAMATIC TENSION YOU WERE HOPING TO BUILD UP. Anyone watching from the start of the show instantly sees through every “we’ll find out after the break” or “you know, your classmate has the wrong answer” gambit the show could throw at its audience because SURPRISE HE GETS EVERY QUESTION RIGHT BECAUSE HE GETS TO THE MILLION.

The troll in Mark Burnett’s overgrown beard who told him to do that needs to get groomed out quickly. 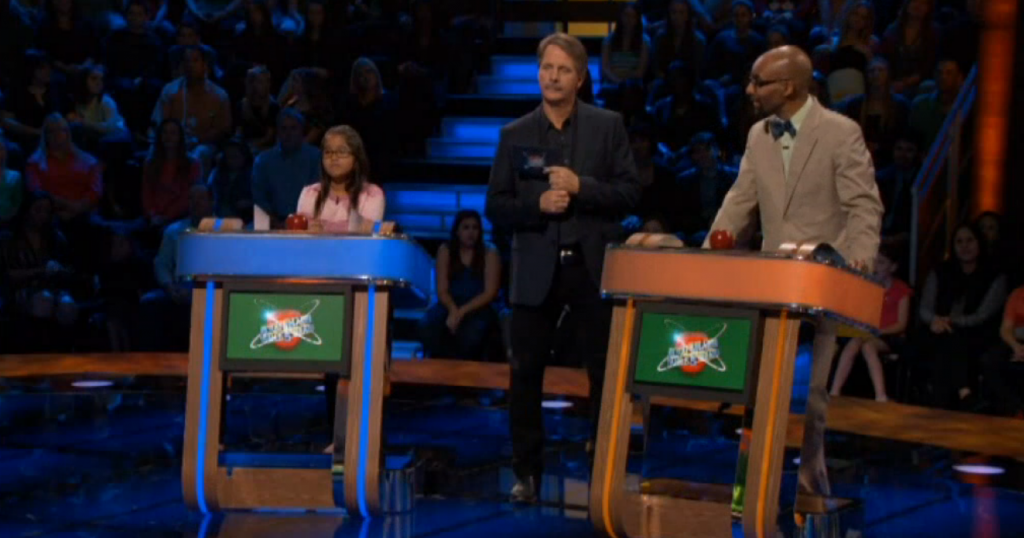 FOX and Burnett would have probably had a more engaging game on their hands if they adapted the syndicated rule set, which was far more engaging and strategic, than rehashing the old primetime rules, but that’s probably a rights thing. All in all, if you liked 5th Grader when it aired in primetime on Fox, you’re going to like this revival. If you didn’t, then you won’t. It’s like a smart student coasting through school, trying just hard enough to get decent grades.

Are You Smarter Than A 5th Grader premieres Tuesday, May 26th on Fox.

Editing choices take the drama out of the game, but the game's the same as it ever was.