For The Love Of God I Cannot Stop Binge-Watching BZZZ!

Christian Carrion extols the virtues of the 1990s relationship show.

I work full-time as an assistant manager at a 300-room luxury resort hotel. I have two cats, one of which is a 20-pound baby who will, if unsupervised, make a genuine attempt at eating the lit candles on our dining room table. The television in our household, once the main conduit through which Tetris and Nathan For You is delivered, has now been broadcasting my wife’s game of Animal Crossing for upwards of 200 hours, not including the fishing tournament and Bunny Day.

Needless to say, I don’t typically have time to watch Buzzr, my absolute favorite TV channel. Recently, because of a large-scale health-related event none of you have heard about, my wife and I have been in the house on what I would call an, um, accelerated schedule. The ass groove on my side of the couch has been forged with the precision of a Heian-era sword maker. The downstairs dining area, once illuminated with activity (and delicious, delicious candles), has now been rendered, for the most part, dormant. Neither one of us remembers what shoes feel like. Shaving cream is but a distant memory. Dogs walk people. Nothing is as it seems. 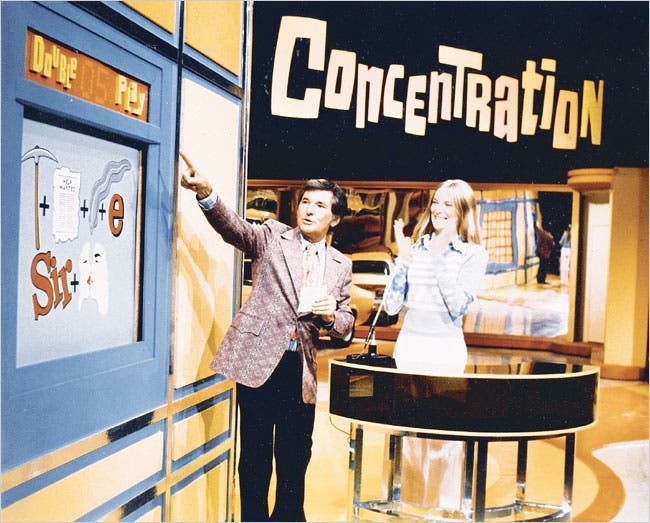 I have two favorite game shows right now. One is Concentration. Ever since 2006, when I first acquired a 7th-generation VHS copy of a single 1978 episode of the Jack Narz-hosted run of the program (I still remember the two puzzle solutions to this day—The Sweet Smell of Success, Feeling Your Oats), I’ve craved more. Little did I know that in the year 2020, enough episodes of this colorful, challenging show would be discovered that it could air five nights a week in prime time. Concentration with Jack Narz is on a pretty solid rotation in our house right now. But that’s not why you called. 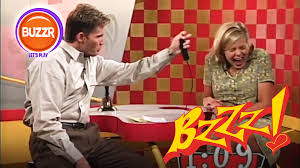 Our other favorite is Bzzz!, the (very) 90s relationship show hosted by Annie Wood, first aired in limited-run syndication from 1996 to 1998 but now rerunning on Buzzr weekends at 7 and 7:30pm EST. Playing out in the style of a sped-up Dating Game without the by-comparison plodding storytelling of Love Connection, the show sees two aspiring lovers searching for their one-and-only among a pool of four contenders, sight unseen. After the contestants introduce themselves to Annie and the seeker via their silhouette on a heart-shaped screen, the guy/girl eliminates one of them before taking his/her seat at a table, armed with a buzzer and a hand bell. One by one, the remaining contestants make their entrance and take a seat across the table from the bachelor(ette), who has two minutes to grill the prospective dates and decide if they’re not the one by—BZZZ! — hitting the buzzer. On the other hand, if the contestants are talking, something is clicking, the bachelor(ette) is feeling it, use that bell, ring-a-ding-ding, there’s their guy/girl. If the two minutes elapses and no decision has been made, or if the remaining three contestants are buzzed, the eliminated contestant wins by default. Two of these games are played per episode, with each couple competing in the Simpatico round to determine the day’s winner. 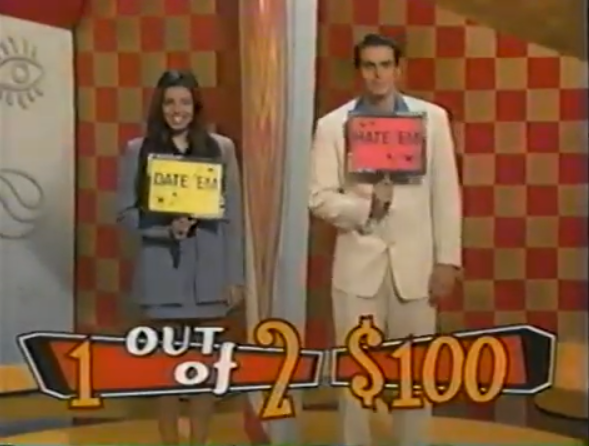 In Simpatico, the two halves of the newly-formed couple stand on opposite sides of a heart-shaped prop wall. Host Annie Wood asks the couple a series of questions with one of two possible answers (Annoying or Cute, Keep It or Don’t Keep It, etc.). The players are armed with hand-held signs with one answer on each side. Every time the couple holds up the same answer, they earn $100, with the potential of a $1,000 bonus if they ace the round. The couple with the highest score at the end of this segment wins their cash and a date, typically at a high-end Los Angeles-area restaurant. 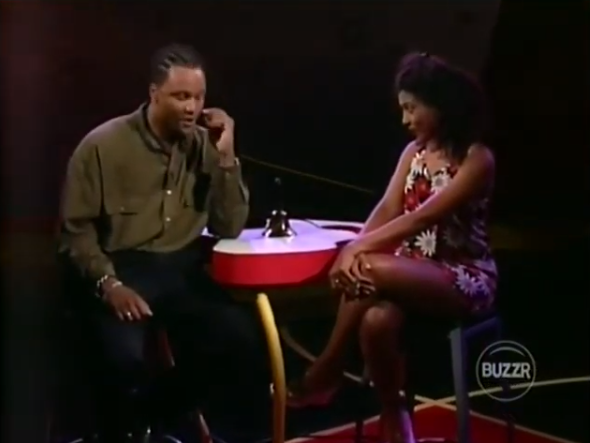 But wait! In the very last segment of the show, the roles are reversed—the contestant who started as a faceless shadow 20 minutes ago now has the chance to ask their new partner one final question to determine if they, in fact, want to buzz the buzz-er in exchange for a merchandise prize. If they don’t want to buzz (which, from the many episodes we’ve seen, is typically the case), the bell goes ding-ding-ding, they’ve got themselves a date, roll credits. This segment, in my opinion, is the most exciting when a contestant who was initially eliminated and ended up winning by default is suddenly sitting in the captain’s chair.

Bzzz! is a delightful trip back to a decade when it seemed like outlets through which viewers could vicariously experience burgeoning (and failed) relationships were a dime a dozen. Newlywed Game, Dating Game, Love Connection, Change of Heart, The 5th Wheel, Singled Out, and Blind Date were all in first-run syndication at the turn of the 21st century, not to mention the Maurys (Mauries?), Springers, and Lakes of the world. While many of those shows were processed into a fine paste by the time they hit the air through the magic of scripting and extensive pre-screening, however, Bzzz! seems to have no filter—and therein lies a huge part of its charm.

Bzzz! is unpretentious. Contestants often miss their mark when approaching the screen in the beginning of each game, and even more often scramble their words and lose their voice through breathless anxiety as they make their introductions. The preliminary questions are asked and answered with all the giggly, stammering, hair-teasing nervousness of a job interview. The action is very rarely outwardly humiliating or negative, but the raw nerves felt by all participants is palpable throughout. Bells and buzzers are sounded for what may appear to the viewer be no apparent reason. If you’re asked to speak in a Swedish accent and you say danke schoen, get your ass out. If you say you would apologize to your date for being late—well, why weren’t you there early in the first place? Bye. Make a face like a lizard and stick your tongue too far out? Pack your shit.

Contributing to the atmosphere is talented, energetic host Annie Wood, who commandeers the proceedings like the wing-woman everyone wishes they had in high school. Annie is clearly working with the contestants’ best interests in mind, displaying understanding for every reason a contestant would give to buzz another player—no matter how asinine or obscure. Even the way she converses with the bachelors and bachelorettes is reminiscent of cute, gossipy hallway talk (“If you buzz all of ’em, you’re gonna end up with the guy with the poetry and the dancing and yuck”).

The criteria employed by the contestants on this show are so loose, they may as well assemble couples by flipping a coin. Bzzz! is beautiful in its relative innocence, entertaining in its presentation, and all around fun. Who could ask for more from a game show?

In times when I feel stressed, antagonized, or troubled by what lies just outside my front door, I run to nostalgia—and more often than not, that nostalgia comes to me in the form of 90’s television. I think about my dad. I think about the hours spent on the yellow-and-green thrift store sofa in our living room as we both watched Michael Burger’s Match Game, Judge Joe Brown, The People’s Court. While it could be argued that it’s not the most substantial of programming, its ability to trigger memories of simpler times is as strong as any. The ability to forget about the world is a privilege that sometimes goes underappreciated in the context of all that we have before us. In Bzzz!, I’ve found that solace—a solace I’m able to share with my wife as we turn the TV on, have some snacks, and melt the fear away. 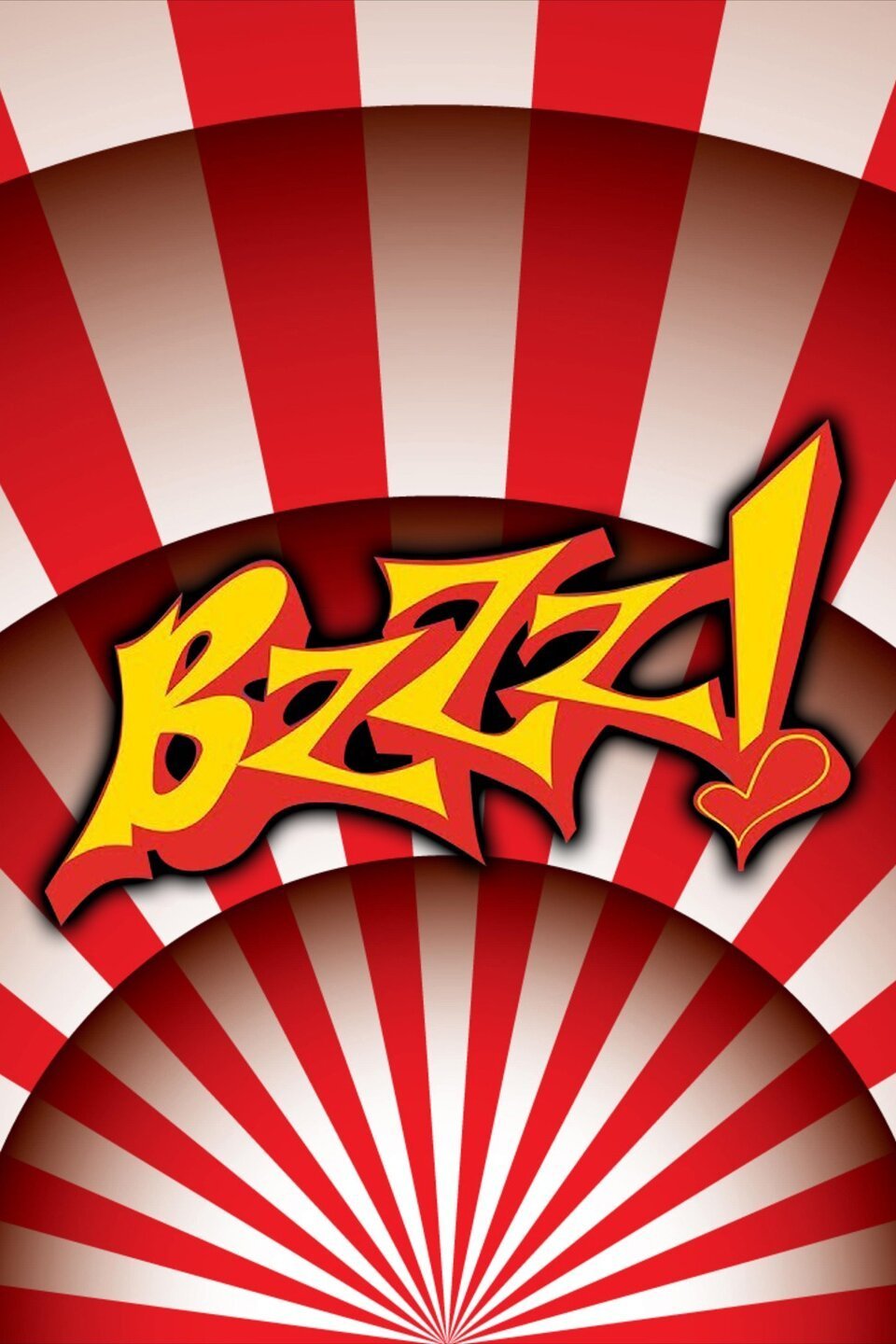