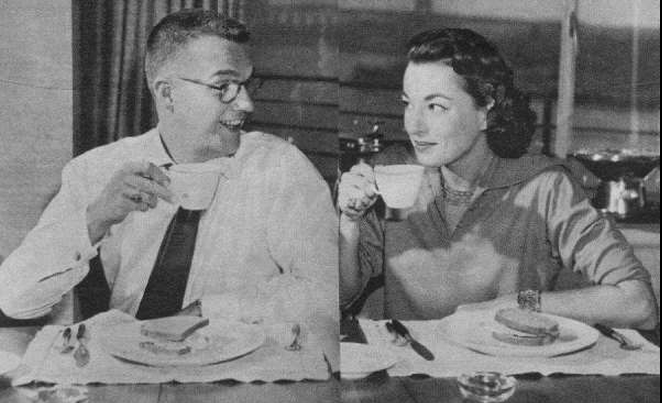 The spouse of the “Dean of Game Show Hosts” passed away Saturday.

Ann Cullen, known to classic game show fans as the wife of legendary emcee Bill Cullen, passed away Saturday. She was 86.

Daughter of Academy Award-winning composer Heinz Roemheld, Ann Roemheld was born in California in 1932. At a young age, she had aspirations of traveling the world as a stewardess until, after being informed she was too tall for that line of work, she shifted her focus to modeling. Ann first worked as a model for J.W. Robinson’s, a now-defunct chain of department stores in Arizona and Southern California, for which her father was the fashion coordinator. 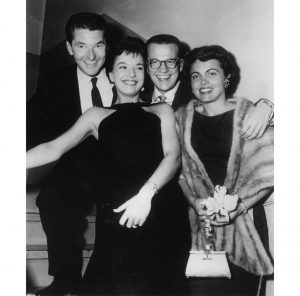 Beginning in 1953, Bill Cullen, who at this point had been steadily working in television for close to a decade, took the job as emcee on Place The Face, an NBC game in which civilians and celebrities attempted to decode clues and identify mystery guests who had played some minor (or major) role in the contestant’s life–for example, one episode featured a mystery guest who had, years ago, punched the contestant in the eye when he tried to steal a kiss from her at a party. Bill, who was born in Pittsburgh and whose career was based in the East Coast, commuted via plane from New York to Los Angeles on a weekly basis to host the show. At a party during one of those excursions, Bill was introduced to Ann Macomber (she had recently separated from her first husband) by friend and fellow game show host Jack Narz, who was coincidentally married to Ann’s sister Mary Lou. In later years, Bill, who had been twice divorced, would describe the encounter as love at first sight:

“She struck me as being very sensible. Not flighty…She was quiet and reserved and intelligent and, the most important quality in any human being, friendly. I had, and at once, the feeling that I could tell her things. I was right.”

Ann, who did not own a television and was not aware of Bill’s broadcasting career when they first met, would share a similar sentiment:

“I remember the first time I laid eyes on Bill, I was terribly intrigued…I had the feeling. This is the guy I want to marry. More than just a feeling. I knew it.”

Bill and Ann began dating while he hosted Place The Face, and the relationship continued after Face was cancelled in 1955, with Bill still taking a plane to LA every weekend to be with Ann and chatting on the phone with her the rest of the week. The courtship was marked with lavish and extravagant trips, gifts, and dinners at exclusive restaurants, including many trips for Ann back to New York City. Bill and Ann Cullen were married on Christmas Eve, 1955 and remained married for the rest of Bill’s life. 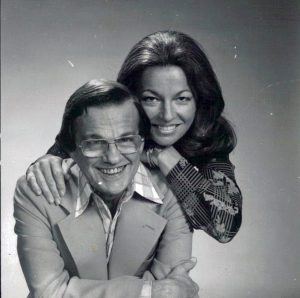 During their marriage and Bill’s 40-year plus career, Ann maintained a lower public profile than her game show host husband while–along with “Pyramid” and “Price Is Right” creator Bob Stewart and, soon, virtually the entire game show industry–remaining among his staunchest supporters. She did appear several times on the Bill Cullen-hosted Price as a model, and would frequently win the cash pot along with Bill on the celebrity gossip game Tattletales in the 1970s. Bill would often mention Ann on the air–when hosting Blockbusters in the early 80s, for example, Bill would often fold up an interesting question and stuff it in his jacket pocket to “bring home to Ann.” It was Ann and Bob Stewart who surrounded Bill at his bedside when he died from lung cancer in July of 1990.

In later years, Ann would lend her cooperation to game show super-agent Fred Wostbrock, himself a prolific collector of game show photos and memorabilia, and who later brokered a deal with Sony to show reruns of the work of Bill Cullen and dozens of the emcees of the era, a concept that was mostly unheard of before Game Show Network premiered in 1994. In several interviews since then, Ann had expressed gratitude towards Fred for seeing to it that she was able to receive royalties from her husband’s massive body of work.

Ann’s death was announced by author and Bill Cullen biographer Adam Nedeff on Saturday, July 21. Ann and Bill had no children.

Several quotes from this article originally appeared in the book Quizmaster: The Life And Times And Fun And Games Of Bill Cullen by Adam Nedeff, available on Amazon and published by Bear Manor Media. Article cover image credit game-show-utopia.net