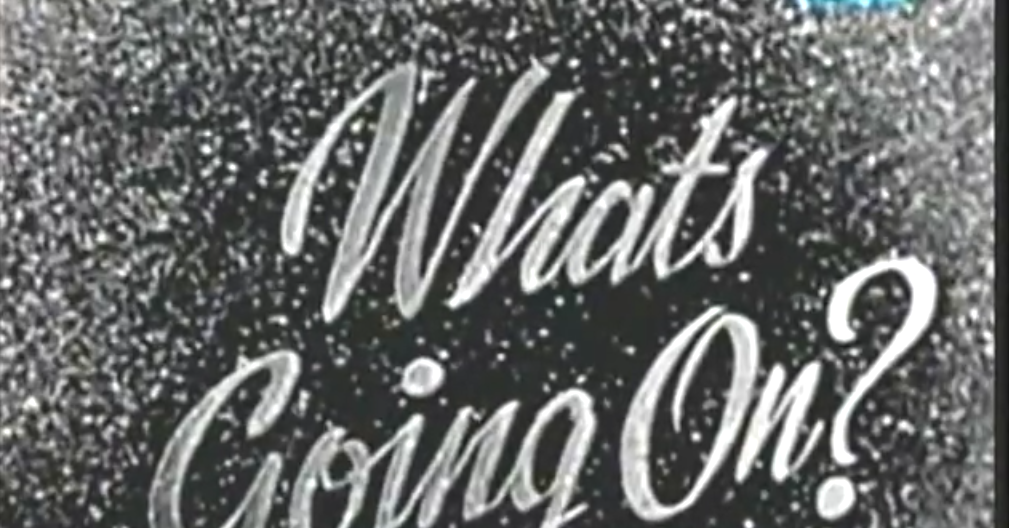 In this edition of Throwback Thursday, Christian Carrion takes a look at one of the most obscure panel shows of the 1950s.

To be a member of the staff of Mark Goodson-Bill Todman Productions in the mid-50s was to be very busy. Game show historians, myself included, view this era of the genre as a golden age, one in which network schedules were chock-full of formats that would prove themselves to be worth their weight in gold in the years, and even decades, to come. In a current televisual landscape in which new game shows seem to premiere as effortlessly as they go away, it might be hard to believe that classic games like To Tell The Truth, What’s My Line?, I’ve Got A Secret, Beat The Clock, and The Price Is Right all premiered in the same six-year period. As a result, the creative minds at Goodson-Todman were at peak fertility, giving life to new formats with the speed required to keep up with the then-booming business of daytime television. 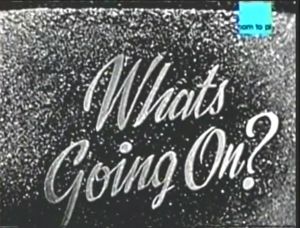 Of course, even Babe Ruth missed a few. For every Password, there was indeed a Snap Judgment, or a Get The Message, or a Number Please. For every Tattletales, there was a He Said She Said, or a Mindreaders, or a Better Sex. Alas, for every What’s My Line, To Tell The Truth, The Name’s The Same, or I’ve Got A Secret, there was What’s Going On?, an ABC entry sponsored by Revlon cosmetics that lasted for five whole entire episodes.

In keeping with the craze that Goodson-Todman themselves helped to originate, What’s Going On? was a panel show, a parlor game played by well-to-do New York City socialites, journalists, actresses, and other bon vivants, for the entertainment of the audiences at home or in the studio. Panel shows, almost by definition, were played according to simple rules and objectives. What’s My Line asked, “What is this person’s job?” I’ve Got A Secret, “What am I thinking of?” In that same vein, What’s Going On asked of its six panelists…well, what’s going on? 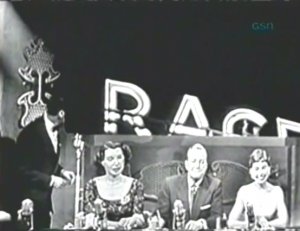 Lee Bowman sticks his head behind the totally real screen that’s totally right there in the studio for real.

At the top of every episode, not-quite-leading-man turned emcee Lee Bowman (we’ll get back to him later) would welcome the audience and introduce his three panelists for that evening. But wait, didn’t I just say there were six panelists? I heard you, and no, I’m not an idiot. Three panelists stayed behind in the studio on West 66th Street in Manhattan while each of the remaining panelists were sent to a remote location which, as necessitated by the technological constraints of the day (we’ll get back to them later too), was somewhere else in the immediate tri-state area. At these locations, the panelists would engage in activities, the identities of which would be the in-studio panelists’ goal to zero in on. For example, the premiere episode featured entertainment reporter Hy Gardner eating dinner in a Chinese restaurant, as well as actress Audrey Meadows at the rehearsal of Princeton’s Triangle Club. Among the in-studio panelists guessing at the action was Kitty Carlisle, several months before she would become a mainstay on another Goodson panel show, To Tell The Truth. The panelists would ask yes or no questions in order to deduce what, indeed, was going on in the screen positioned behind them (which was actually just a chromakey effect made to look like a screen, the cuteness of which was amplified by Bowman’s constant warning for the panelists to not look behind them lest they get a clue from the, uh, blank wall).

In all honesty, the idea itself isn’t terrible, and has indeed been used to greater comedic effect years later on shows like Whose Line Is It Anyway? However, several factors prevented this goose from flying, not the least of which was the technical deficiency that was made obvious throughout the series. In the year 2018, even with iPhones and GoPros and wifi, television is still having trouble perfecting the art of two-way remote broadcasting. Apply that goal to 1954, the year the first non-stick frying pan was introduced, and the results aren’t pretty. Each episode of What’s Going On featured some sort of tech snafu, whether it was a microphone popping, flawed communication between studio and remote, or otherwise unbearably long dead air while problems were sorted out (did I mention this was live television?). As many classic game show fans could tell you, however, the technical problems of a show can easily add to the show’s charm if the show is handled by an emcee who knows how to skirt those issues, poke fun at them, and use them to his or her advantage. Someone like Garry Moore or Steve Allen, with their exemplary vamping and ad-libbing skills, would have turned a laggy, broken show like What’s Going On into something exponentially more watchable. Instead, oh boy, we got Lee Bowman. 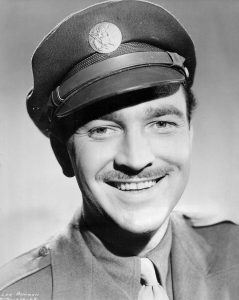 In “The Box”, Jeff Kisseloff’s anthology of stories about the early days of broadcasting as told by those who experienced them, one quote boldly stands out from the rest in a conversation about game show hosts of the era:

Not that Lee Bowman was a terrible entertainer period, mind you. After making his debut in the 1937 film I Met Him In Paris, Bowman had spent the last two decades in Hollywood as a leading man opposite co-stars like Jean Arthur and Rita Hayworth in films such as The Impatient Years and Cover Girl. With a background in radio singing, he was a handsome guy with a romantic charm and a wonderful singing voice. When you’re talking about television, handsome sells, and on his face, it’s easy to see why Bowman would have been considered to helm his own show. It’s unfortunate that none of the qualities that made him a viable movie star carried over to the smaller screen. Aside from just not having the chops to take on live television, Bowman made one of the mistakes common to lots of actors who become hosts: he played the role of a game show host rather than been a host himself. Being a host is, in many ways, similar to being the customer service representative of television. A good host has to know how to make his or her guests comfortable, when to dwell on a funny line, when to move the show along, and how to handle anything unexpected that’s bound to arise while television is being made. When a host focuses too much on playing the part, it distracts the host from doing the job properly. One need only to count the number of deer-in-headlights looks the audience gets from our handsome host to know that was exactly the case. 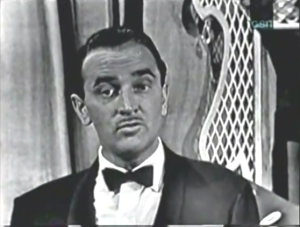 One other anecdote from “The Box” involved a stage manager telling Bowman during the final commercial break of an episode of What’s Going On that he would need to “stretch” — that is, make conversation or otherwise do something that would fill the rest of the time before the credits rolled, since the show was running a bit early. Bowman acknowledged the stage manager, thanked him for his concern, looked straight into the camera as the show came back, and simply said, “That’s all the time we have for today. Goodbye.”

Perhaps for these reasons, and perhaps for many others, audiences weren’t particularly interested in whatever happened to be going on, and the show left the ABC schedule five weeks after its premiere, on December 26, 1954. Four out of its five episodes survive and have been aired in the wee hours on GSN in the early 2000s.

What’s Going On was a show far before its time. The premise of guessing the locales of remote participants seemed promising on its face, but Goodson and Todman would have done better to work the kinks out first.