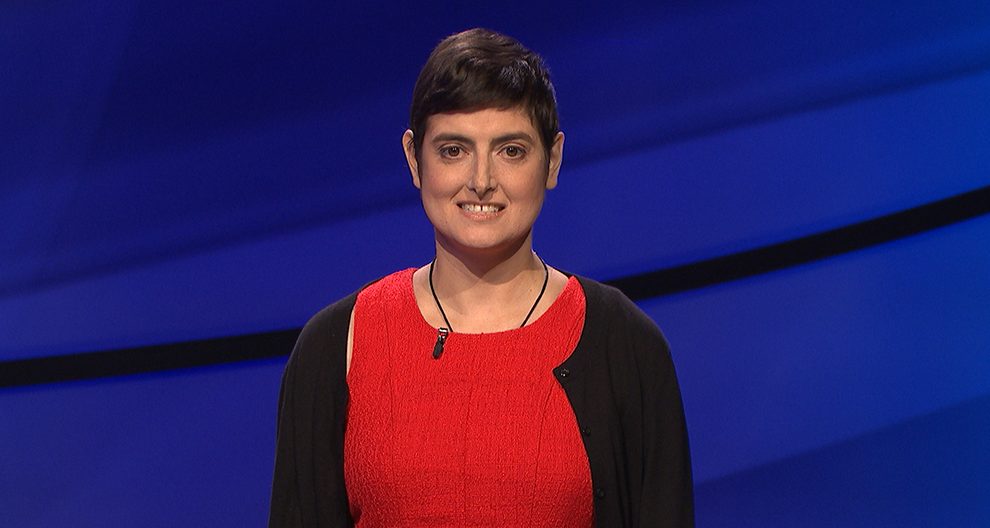 Cindy Stowell wanted to be a Jeopardy! contestant for one reason. “Cindy came on Jeopardy! to play the game she loved and in doing so, she was able to make a contribution to cancer research in the hopes that no one else would have to go through what she did,” her family and boyfriend said in a statement. Cindy Stowell was suffering from stage 4 cancer.

Stowell, a science content developer from Austin, Texas, passed the test in early 2016, and earned an invite to an in-person audition in Oklahoma City. She sent an email to contestant producer Maggie Speak soon after:

Do you have any idea how long it typically takes between an in person interview, and the taping date? I ask because I just found out that I don’t have too much longer to live. The doctor’s best guess is about 6 months. If there is the chance that I’d be able to still tape episodes of Jeopardy! if I were selected, I’d like to do that and donate any winnings to … charities involved in cancer research. If it is unlikely that the turnaround time would be that quick, then I’d like to give up my try out spot to someone else.

She qualified to compete, and three weeks later, on August 31st, she taped her episode. No one except a few staffers and host Alex Trebek knew she was ill. According to her partner, she was fighting a high-grade fever stemming from a blood infection, and was on pain-killers during taping. Nevertheless, she persevered.

She was such a badass. She's going to be on Jeopardy next Tues (12/13). Y'all should watch. pic.twitter.com/4FVcP5rmrO

“When Cindy Stowell taped her appearance on Jeopardy!, she had Stage 4 cancer. Competing on Jeopardy! was a lifelong dream for Cindy, and we’re glad she was able to do so. Sadly, Cindy died on December 5. Our condolences and best wishes to her family and friends,” Trebek said in a statement on the show’s website. According to fan site The Jeopardy! Fan, Maggie Speak provided a video of Stowell’s episode to her hospital bed, so she could watch her episode before her passing.

To you, our audience, and to us, game shows are an important part of our lives. They provide us with entertainment, inspiration and comfort. We are so lucky to be able to enjoy our lives and escape from their troubles through this wonderful outlet. We should never take it—or life—for granted. Tune in to Jeopardy! today and honor a true fighter. Check your local listings.