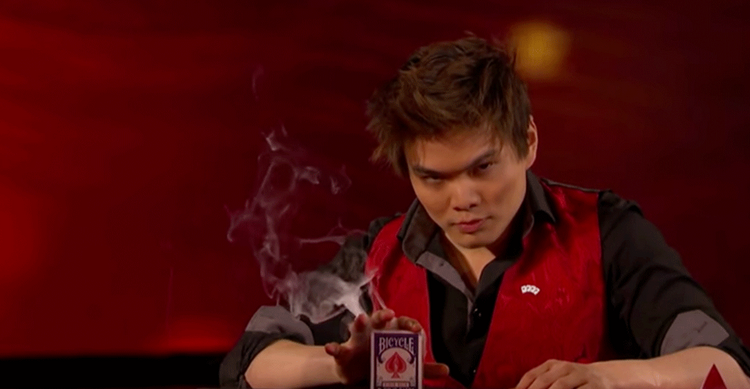 Watch: The Best Card Trick on Penn & Teller: Fool Us

Card tricks are far from dead.

If you haven’t been watching the new season of Penn & Teller: Fool Us on the CW, airing every Monday at 8pm ET, you’re missing out on some great acts. The objective is simple: magicians perform tricks in an attempt to fool the famous duo on how it was accomplished.

Now, we’ve all seen card tricks. Hey, pick a card, any card. Put it back in the deck. POOF. Yeah, after a while, it may seem monotonous. But that’s where Shin Lim changes everything. He doesn’t speak in his act, he uses very slow, methodical moves, and he adds smoke. It’s a very captivating performance using playing cards. Can Shin fool Penn & Teller? Check it out.