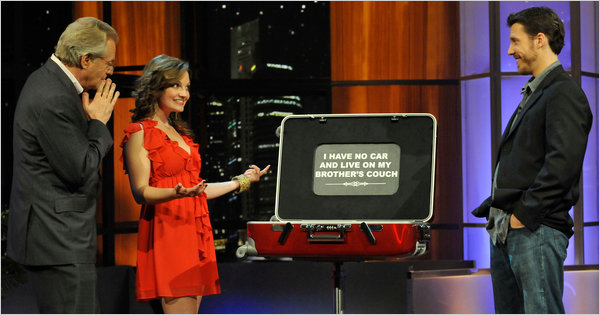 Jerry Springer is set to pack his bags and take GSN’s hit dating series for a ride.

The bags are back.

According to Zap2It, GSN has ordered 20 episodes of Baggage On The Road, an on-location version of the popular GSN original series. Set to premiere next year, On The Road will see host Jerry Springer, luggage in tow, travel to Austin, Texas and Baton Rouge, Louisiana to play the game of love and secrets, with more locations to follow.

This announcement is another step in Baggage‘s storied broadcast history. One of GSN’s highest-rated original series of all time, first-run episodes were produced from April of 2010 to December of 2011. Since then, the Baggage format has been adapted in four other countries. The original GSN series was also brought to syndication, not to mention another life in reruns on Australian television. The show remains popular to this day; that popularity is expected to increase with this new venture.No casting information for Baggage On The Road has been announced yet.